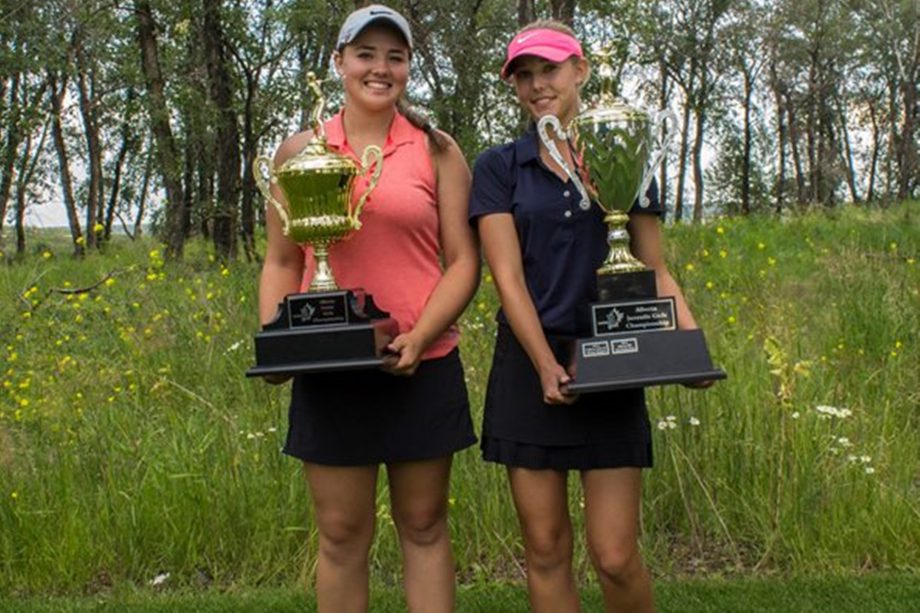 De Winton, Alta. – Kenna Hughes won a hard-fought battle on Thursday to edge out the defending champion, Katy Rutherford, who finished three shots back. Hughes carded 6 birdies en route to her victory, including three in a row on the back nine.

When asked to comment on her win, Hughes replied, “I hit my driver and irons well all week. It feels great to win considering I was struggling with my game earlier this season. I’m pleased to say I put together three solid rounds of golf.”

The third round of the Alberta Junior & Juvenile Boys Championship finished with Jaxon Lynn out in front for the Junior Boys and Chandler McDowell leading the Juvenile Boys. Lynn and McDowell shot -3, 68, and -5, 66, respectively in today’s round.

The final round of the junior and juvenile boys championship will commence at 7 a.m. on Friday, July 15.

Alberta Golf would like to extend thanks to the staff at Cottonwood Golf and Country Club for their efforts in accommodating the 2016 Alberta Junior & Juvenile Championship.

For final round standings from the championship, click here.