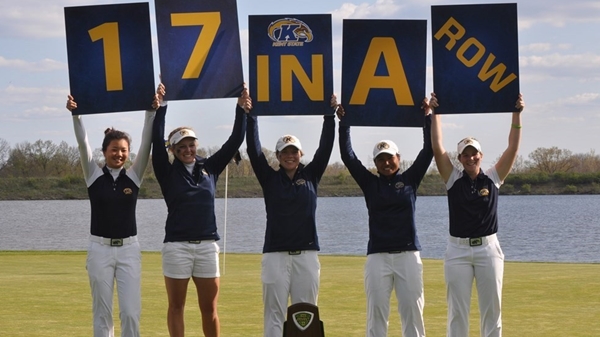 Leading the way for the Golden Flashes was Canadian Josée Doyon. The St-Georges-de-Beauce, Qué., native finished at 6-over par (74-74-74–222) for a convincing five-stroke victory. Doyon, a 21-year-old junior, is coming off back-to-back victories, making this her third straight. She also recorded consecutive MAC Golfer of the Week awards for her recent performance.

Also lifting the Golden Flashes to victory was Team Canada’s Amateur Squad member, Jennifer Ha. The Calgary native finished inside the top-10 with a 17-over, eighth place finish.

Doyon, Ha and the Golden Flashes are set to ride their momentum into the NCAA Regionals from May 7-9.