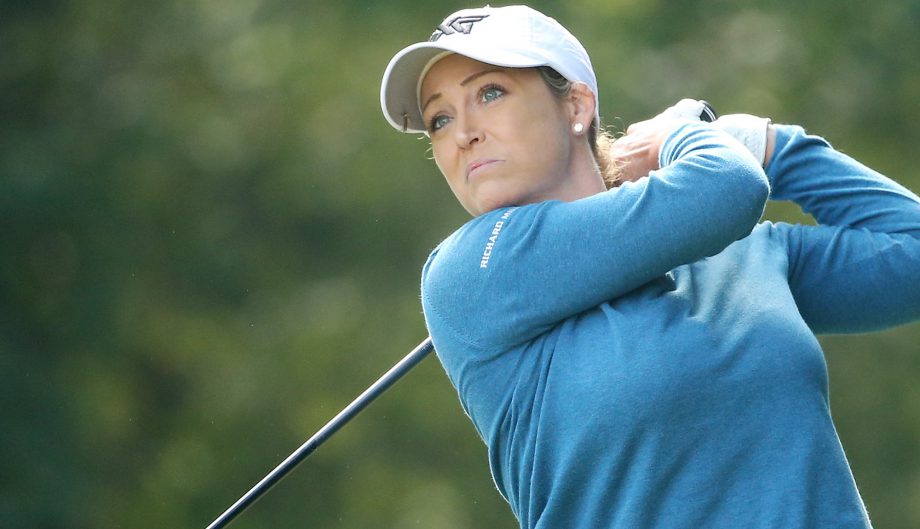 CARLSBAD, Calif. – Cristie Kerr, Mo Martin and In Gee Chun each shot a 6-under 66 Thursday to share the lead after the opening round of the Kia Classic at Aviara.

Kerr, the 2015 Kia champion, and Martin, a native of Southern California, were among the first groups to tee off.

Chun was in one of the last groups on the course and made an impressive charge in the late-afternoon shadows, with birdies on five of her last seven holes. After almost hitting her drive on the par-4 18th into a pond, she had a 60-foot putt for the lead but rolled it about 15 feet past. She made that one for par and a share of the lead.

Kerr’s round would have been better if not for putts lipping out on the first two holes, including a 2-footer on No. 2 that left her with her only bogey.

“It was nice they all went in from there,” said Kerr, who closed with birdie-birdie.

Asked if she needed to make any adjustments, she said: “Just keep shooting 6 under. I don’t think I have to adjust much.”

Martin, who grew up in Pasadena and played at UCLA, had a bogey-free round on the 6,540-yard layout, part of which hugs Batiquotis Lagoon.

With a handful of family and friends wearing “Go Mo” buttons, Martin had a “really good putting day,” starting when she rolled in a downhill 15-footer on the first hole. She also birdied Nos. 5-7, draining a 35-foot putt on the par-3 sixth hole.

“I love everything about this week. It’s pretty much home territory,” Martin said. “The weather is perfect. I mean, the course in and of itself I love playing it. Love the setup. Keeps you on your toes all day. When you’re not hitting shots you’ve got beautiful scenery, wildflowers.”

Defending champion Lydia Ko struggled with her putter and had a disappointing start with a 2-over 74.

“The drive was great, but from there it was pretty average,” Ko said. “It was really hard to get anything rolling when you’re not putting that good either.”

Ko planned to spend the afternoon on the putting green.

“No matter if you’re hitting it good or not, if you can putt and you can make up and down when you’re missing the greens, that makes a huge difference,” she said.

Anna Nordqvist, the 2014 Kia champion who won last weekend in Phoenix, shot a 3-under 69.

“I was pretty excited,” she said. “I actually hit a really good shot. Sometimes people say, ‘I hit it thin or whatever.’ No, I hit it really good. Bounce about that far right of the pin, went forward, and spun back in.”

Muoz gave the ball to a little girl.

“My caddie was actually telling me that I should keep it. I’m like, ‘No, I’ll give it away to a little girl.’ You never know. She could be out here with us in a few years.”