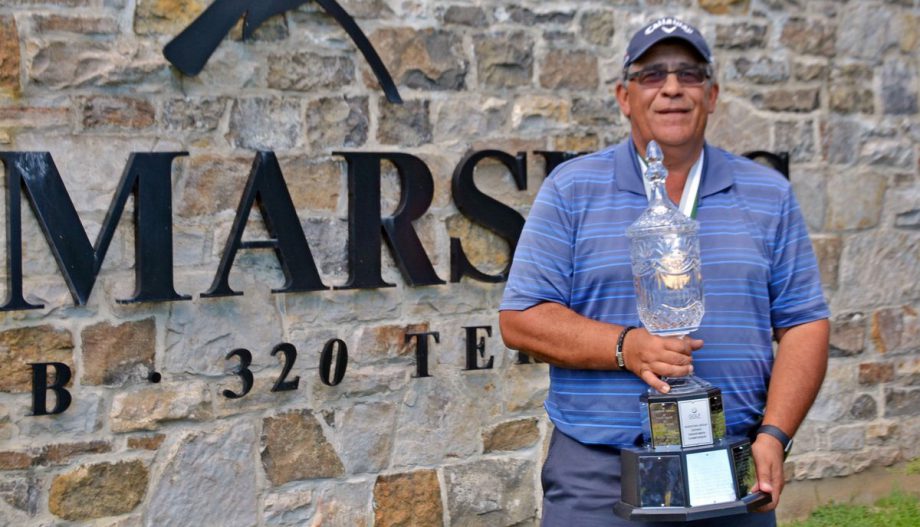 Kertsos, 60-years-old from the York Downs Golf & Country Club, mastered The Marshes Golf Club in Kanata, along with the elements, as he capped off his week at two-under (71-72-71-214). Kertsos headed into the final round with a two-shot lead thanks to consistent play in the opening two rounds. He continued to be steady during the final round carding a bogey-free, four-under front nine. He went to the turn with a six-shot lead and would not be denied the title. He finished the back nine three-over to card a final round of one-under (71). In addition, Kertsos also claimed the 60+ Division title.

Afterwards, Kertsos talked about the win and how special this season has been.

“This one feels great! It has been a special season,” said Kertsos. “I’ve played well these last three days, I hit the ball really well. If I had putted well, then who knows what I could have shot. I didn’t know how I would feel today, if I would be nervous or calm, but I turned out to be pretty calm and just focused on not making any mistakes. I think I only made one during the entire round.”

Claiming the silver medal was local favorite, Ottawa’s Randy Blondin. Blondin, who is not only a member at the host club of The Marshes, but lives just off the 16th hole, started the day two-shots back in second place.  He played a consistent round and finished the day one-over (73). That brought his tournament total to two-over (71-74-73-218).

Rounding out the podium, with the bronze, was Toronto’s Robert Gibson. Gibson, from the Cedar Brae Golf & Country Club, entered the day with a share of third. He would finish the day two-over (74) bringing him to four-over (72-74-74-220) for the championship.

In the 70+ Division, Collingwood’s Brian Jeffery took home the title. Jeffery, from Batteaux Creek Golf Club, held the lead in the division after the first two rounds and capped off the tournament with a five-over (77) during the final round to complete the event at 13-over (80-72-77-229).