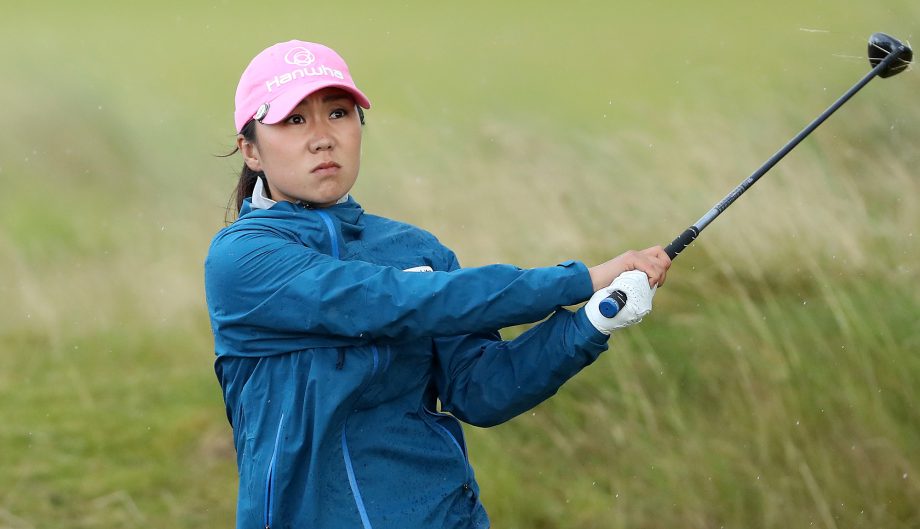 ST. ANDREWS, Scotland – I.K. Kim stood on the first tee at the Women’s British Open and seemed to have everything going against her.

The wind was rising. Heavy rain was falling. The temperature was dropping. If that wasn’t enough, Inbee Park had just toured Kingsbarns Links in a course record-tying 64 and was one shot behind. Stacy Lewis, another past Women’s British Open champion, was another shot back after a 65.

In weather that turned out better than expected – only one heavy shower – Kim shot a bogey-free 66 by converting a string of birdie putts. With one round to play, the 29-year-old South Korean was at 17-under 199 and had a six-shot lead over Georgia Hall (70) and Moriya Jutanugarn (67), the older sister of defending champion Ariya Jutanugarn.

Lexi Thompson, who started the third round just two shots behind, stumbled to a 74 and wound up 10 shots back. Brooke Henderson of Smiths Falls, Ont., shot a 71 and is 5 under.

Kim, five years removed from infamously missing a 1-foot putt to win the Kraft Nabisco Championship, now is poised for redemption with her first major.

Even armed with such a substantial lead, there will be pressure on her stamina and usually reliable putting stroke. Even five years on, the memory lives on of her clasping her hand over her mouth when she missed her tap-in for victory, eventually losing in a playoff to Sun-Young Yoo.

“I have finally been able to let go of that,” Kim said. “I was disappointed with my golf after 2012. I criticized myself too much, which is not healthy. So it was tough. I never stopped liking the game, but what happened did take away some of the joy. I certainly don’t get surprised by anything anymore.”

Should she falter in the race for her first major and the $487,500 first-place prize, there is plenty of experience in her wake – from Park, the biggest star on the LPGA Tour over the last decade, and from Lewis.

Both took advantage of the benign morning weather to make substantial progress up the leaderboard. Park rose from a tie for 48th to a tie for fourth alongside Ally McDonald, who shot a 70. Lewis moved all the way up to a tie for sixth.

“I putted great and hit the ball great,” Park said. “That’s something I have been really struggling with for the last month. It doesn’t matter how many shots I’m back. I’ll just try to play my golf tomorrow. That’s all I can do.”

Lewis also credited an improved performance to her putting – and her mother.

“I really putted pretty poorly the first two days,” Lewis said. “My mom told me I needed to take my putter straighter back. And that’s what I worked on today.”

In contrast to the success of those players still owning a vague chance of victory, Thompson ended her chances with a sloppy display both on and off the greens. Despite three birdies on the back nine, Thompson took a double bogey on the 16th hole on her way to 74.