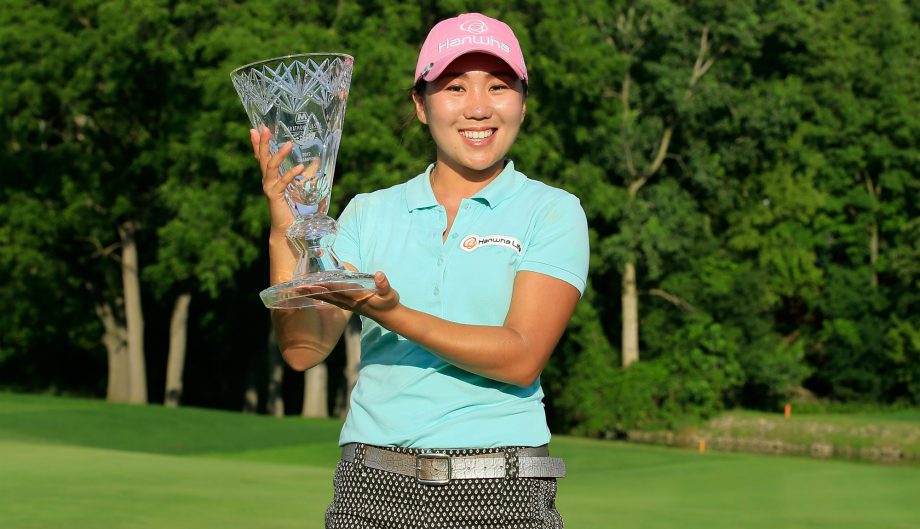 In-Kyung Kim rallied to win the Marathon Classic on Sunday to become the second two-time winner this season on the LPGA Tour.

Two strokes behind 18-year-old Nelly Korda entering the round, Kim birdied six of the first nine holes and finished with an 8-under 63 for a four-stroke victory over Lexi Thompson.

“It’s golf. I really didn’t expect anything,” Kim said. “Maybe, I think, that’s why I played really well today. Really good names are on top of the leaderboard, and I just wanted to go out and make the most out of it, and today I was able to do that.”

“I always liked the golf course,” Kim said. “I had a playoff before and I just have great memory.”

Thompson closed with a 66.

“Overall, I’m very happy with the way I played,” Thompson said. “I was hitting a cut around the golf course, and that’s usually not what I do. But I managed to put up some good scores.”

Gerina Piller, still looking for her first LPGA Tour victory after leading after each of the first two rounds, had a 68 to tie for third at 15 under with Peiyun Chien (68).

“I didn’t come away with the win, but it doesn’t mean I didn’t have a winning performance,” Piller said. “I’m looking forward to taking the week off and heading over to the British.”

Sung Hyun Park, coming off a victory last week in the U.S. Women’s Open in New Jersey, tied for sixth at 13 under after a 70.

Hamilton’s Alena Sharp shot a 67 to finish the tournament 11 under and tied for 13th.

Lydia Ko, winless since her victory last year at Highland Meadows, tied for 20th at 9 under after a 69. She also won the 2014 event.