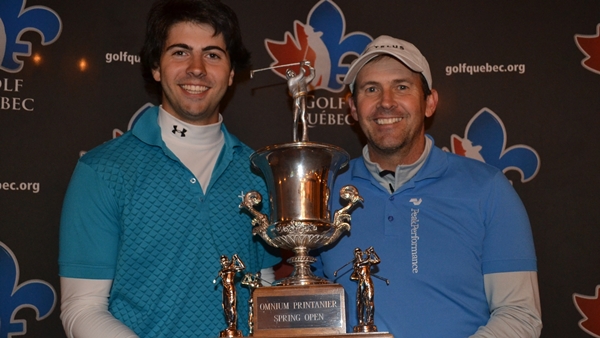 PONTE VEDRA BEACH, Fla. – Chris Kirk kept his cool during a rocky patch Saturday and made three straight birdies for a 4-under 68 that gave him a one-shot lead at The Players Championship going into the final round that is very much up for grabs.

That much was clear over the final hour on a TPC Sawgrass course that gave as much as it took.

Kirk went from out of the top 10 to a share of the lead in three holes. He had the lead to himself when Kevin Na three-putted for double bogey on the 18th hole.

What made Saturday so unpredictable was neither the Stadium Course nor the variety of shots, rather a leaderboard crammed with so many players that it was hard to keep track who was coming and who was going.

Ben Martin fell out of the lead with a bogey on the 18th for a 68, leaving him one shot behind along with Kevin Kisner (67) and Bill Haas (68). Justin Thomas was tied for the lead, but that was before the leaders teed off. The 22-year-old rookie set a Stadium Course record with 10 birdies in his round of 65 and was two behind, along with Sergio Garcia (67), Scott Brown (69), Canada’s David Heard (70), Jerry Kelly (72) and Na, who had to settle for a 72.

At the end of the day, 24 players were separated by four shots.

That included Rory McIlroy, the world’s No. 1 player, who had a 70 to stay in the mix.

“It seems like half the tour has a chance to win this thing,” McIlroy said.

Tiger Woods was part of the other half. He made the wrong kind of history Saturday by making two double bogeys on par 5s for the first time in his career, leading to a 75 that matched his worst score at the TPC Sawgrass. Woods was 13 shots behind and chose not to share his thoughts on the day.

He at least was in good company.

Woods was part of an All-Star cast at the bottom of the leaderboard. The last 10 players have combined for 153 wins on the PGA Tour and 27 majors. The top 10 going into Sunday have combined for 23 tour wins and no majors.

Adding to the dynamic is that three players within two shots of the lead are at The Players for the first time.

“We had a little survey of the first-timers – `Who do you pick besides yourself to win?’ – and I picked Ben Martin,” Kisner said. “No, man, everybody talks about pressure and nerves and all that, but we’ve been through it all. If we’ve gotten here, we’ve done tour school, we’ve won tournaments. Just because it’s a bigger stage doesn’t mean we’re going to (stink) all of a sudden. We’ll see what happens tomorrow.”

Rickie Fowler, who survived a double bogey and three bogeys for a 71, was in the group three shots behind. He will have played six or seven holes on Sunday before the last group hits their first tee shot. Thomas hit 7-iron from 192 yards into 3 feet for his 10th birdie of the day on the 18th hole to tie Na and Kelly before they started.

“It was one of the best rounds I’ve probably ever played in competition,” Thomas said. “To do it at a stage like this and a field like this and a golf course like this, to get back in the tournament was big.”

Woods, who said he was one round away from narrowing the gap on the lead, widened it. He hit a smother-hook off the tee at the par-5 second hole that bounced off a tree and settled in the rough 105 yards from the tee. His other double bogey was on No. 9, where he took three hacks out of the rough-covered mounds to advance the ball some 60 feet. He made only two birdies.

Playing with Woods was Canada’s Graham DeLaet. The Saskatchewan native moved 15 spots up the leaderboard Saturday in large part to to a miraculous eagle on the par-5 9th.

McIlroy was in reasonable position, and coming off a victory in the Match Play Championship last week, was one player expected to make a move. He had one birdie and two bogeys over his opening eight holes, which was moving in the wrong direction.

But he steadied himself on the back nine and was only four shots behind.

It was easy to press. The leaderboard looked like a California freeway at rush hour. Kirk was going in the wrong direction when he missed a short birdie putt on the 12th, and made bogeys on the next two holes.

“I had a chance to sort of lose it a little bit today,” Kirk said. “But I didn’t let it bother me, and thankfully was able to birdie the next three to pull out a great round.”

And now he gets to do it one more time, with a $10 million purse and five-year tour exemption riding on the outcome.