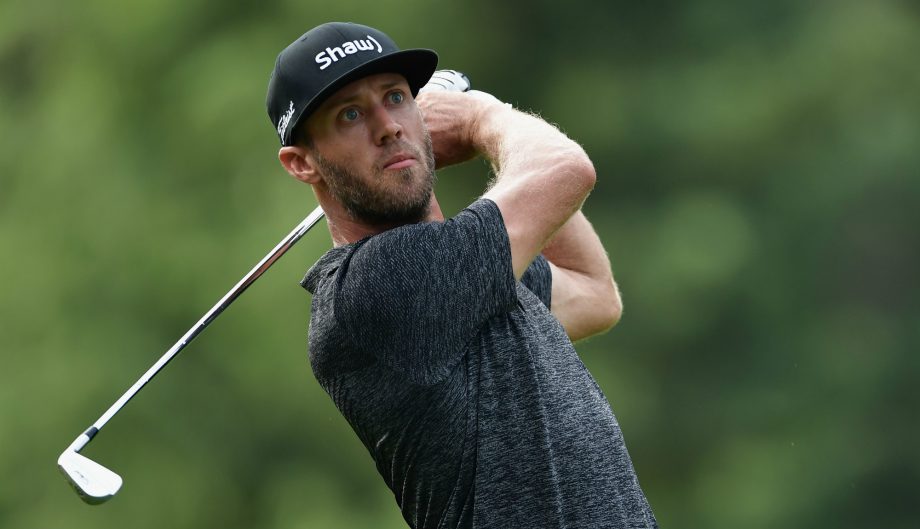 Kevin Kisner survived a calamitous finish at the PGA Championship thanks to a good bounce off a bridge that allowed him to escape with a bogey and take a one-shot lead into the final round at Quail Hollow.

Kisner already gave up a two-shot lead with a shot into the water on the 16th hole.

He nearly did it again on the 18th until the ball hit the concrete bridge, sailed high in the air and disappeared in thick grass on the hill above a creek. He did well to chop that out onto the green and two-putt from 45 feet for a 1-over 72.

He wasn’t alone in his struggles at the end of a long day of oppressive heat.

Chris Stroud, the last player to qualify for the PGA Championship with a playoff victory last week in Nevada, three-putted for bogey on his final two holes for a 71 and will play in the final group with Kisner. Also one shot behind was Hideki Matsuyama, who had a 73.

Jason Day was right there with them until a peculiar decision likely cost him a reasonable chance. Stuck behind a tree right of the 18th fairway, Day chose not to pitch out to the fairway and tried hooking it around the tree and the gallery to the right. The club clanged off the pine and the ball went into the bushes. He took a penalty drop, found the rough, came up short of the green and ended with a quadruple-bogey 8 for a 77.

Day was seven shots behind.

Weyburn, Sask., native Graham DeLaet is T7 at 2 under par. DeLaet carded a 3-under-par 68 in round three and is five shots back of the lead heading into the final round.

Through all that chaos, Matsuyama kept alive his chances to bring Japan in its first major.

Matsuyama made his share of mistakes, and while he failed to convert two good birdie chances, he played the last five holes bogey-free for a 73.

Matsuyama's final round scoring average this season – 68.64 (2nd on TOUR)

Kisner was at 7-under 206 as he goes after his first major championship.

Of the 15 players who remained under par, Louis Oosthuizen is the only one who has won a major, and that was seven years ago. Oosthuizen saved par from a similar spot Day was in on the 18th hole and shot 71. He was at 5-under 208, along with Justin Thomas, the son of a PGA professional who played bogey-free over his last 12 holes and posted a 69.