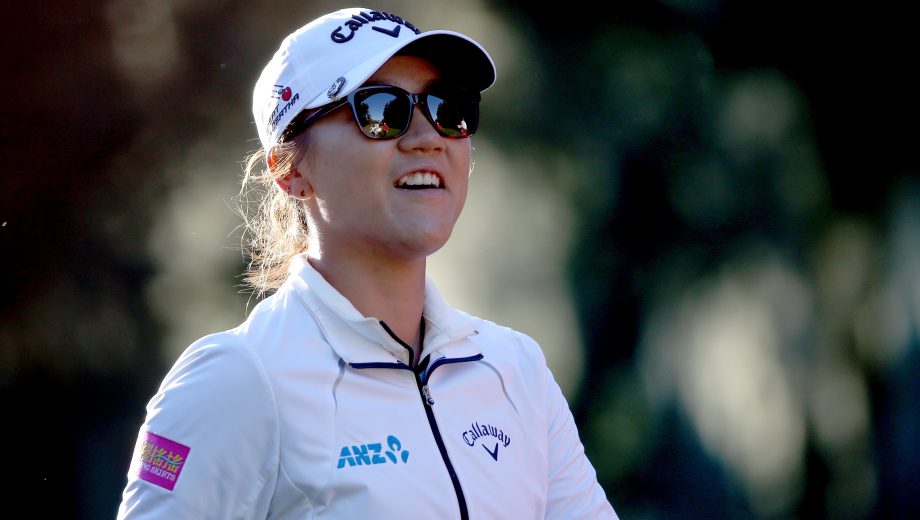 OCALA, Fla. – Lydia Ko hit the ball only 22 times in a span of 11 hours Friday in the Coates Golf Championship and finished where she started – with a share of the lead, and still a long way from the finish line.

Ko three-putted from 15 feet for bogey in 39-degree weather to finish the rain-delayed second round in the morning. In the afternoon, she made one birdie in six holes to get back to 7-under par and share the lead with Ha Na Jang, who played 24 holes on Friday.

None of the 75 players who made the cut finished the third round, which was to resume Saturday morning.

Jang played her entire second round Friday morning, when temperatures eventually climbed into the 50s. She made 15 pars, two birdies and a double bogey for an even-par 72 and the 36-hole lead. Jang was even par through six holes of the third round when play was halted by darkness.

Lexi Thompson was among five players who were one shot out of the lead.

Rain that soaked Golden Ocala on Thursday gave way to a cold front that chilled central Florida. Ko had a 15-foot birdie putt on her last hole of the second round when she returned Friday morning, only to ram the putt about 4 feet by, miss the next one for par and have to make a 3 1/2-foot bogey putt to limit the damage. That gave her a 69.

“I did some 15-footer practice on the putting green before I went, but when I hit it on the course, the green was a touch faster than what I thought it would be,” Ko said. “Obviously, it’s not the best start of the day, but I had a nap and of got over it, and it definitely got much better. Who knows? It might have happened yesterday. But because it happened right first thing in the morning, it might feel worse.”

Ko, the No. 1 player in women’s golf who is making her 2016 debut, at least headed off to sleep confident about her game _ and her score. She summoned a rules official to discuss whether her ball moved on the sixth green.

“I wasn’t sure because it’s obviously getting a little dark and with the steepness of the greens, you never know if it does move or not,” she said. “I kind of was hovering over it, going back and forth, so I don’t know if that action was making it look like it moved or not.

“We cleared everything, so now I can just go to bed and have a good dinner and come out here early.”

Players had to wear extra layers of clothing to combat the cold weather, and Jang soldiered on beautifully with a steady diet of pars to offset her lone mistake in the morning. She started the third round with a birdie, only to drop a shot on the next hole with follow with four pars.

The tournament is still hopeful of ending on Saturday.

Kim Kaufman made four birdies on the front nine before her lone bogey. She was 3 under for the third round and 6 under for the tournament through 12 holes, tied with Thompson, Sei Young Kim, Jessica Korda and Haru Nomura.

U.S. Women’s Open champion In Gee Chun and Candie Kung were two shots behind at 5 under. Michelle Wie was even through 12 holes and four shots back.

Canadian Brooke Henderson was even through nine holes before her third round came to an end. The Smiths Falls, Ont., native is 4 under for the tournament.

Jang played more golf. Players like Ko, Thompson and Suzann Pettersen (4 under) felt like the day was even longer. They played no more than two holes in the morning, and then didn’t play again for at least six hours.

“It was an early wake-up call to play two holes and then wait around until 3 to warm back up,” Thompson said. “You can’t control the weather. I went back and slept for an hour. I wasted some time. And then I went through my whole warm-up stretching routine in the hotel room to get ready and come out here mentally prepared.”