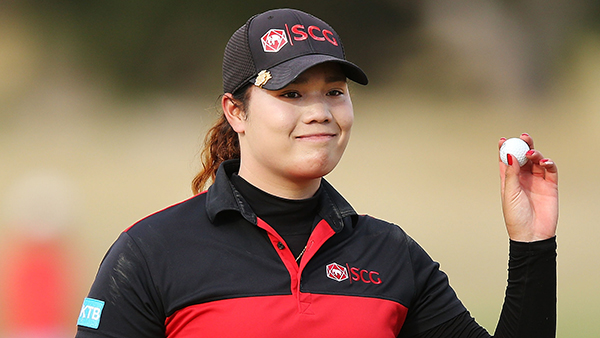 MELBOURNE, Australia – World No. 1 Lydia Ko of New Zealand and Thailand’s Ariya Jutanugarn shot 1-under 72s on Saturday to share the lead after the third round of the Women’s Australian Open at Royal Melbourne.

Julieta Granada of Paraguay and Australia’s Katherine Kirk, also with 70s, were tied for fourth, three behind the leaders. Kirk had four consecutive birdies from Nos. 13 to 16 to move her up the leaderboard.

England’s Charley Hull shot 76 and dropped back into a group tied for seventh with Jessica Korda (75), the 2012 champion at Royal Melbourne.

It was a tough, hot day at Royal Melbourne, particularly on the back nine. Only one player broke 70 – first-round leader Ilhee Lee with a 69. She’s tied for 13th and seven strokes behind.

Ko said conditions were so tough it was like playing in a major.

“You hit in on to the green and you have this humungous break,” Ko said. “It’s tough in every aspect … it does feel like a major.”

Kirk, who also had three bogeys and six birdies overall on Saturday, said Royal Melbourne had the firmest greens she expected to compete on all year.

“I’m very happy with it because it’s not easy to make birdies out there and I made six,” Kirk said. “I made two long putts and they’re just bonuses, but that’s probably as good as it gets today. You know this week that you’re going to make bogeys; it’s a tough golf course and they’re inevitable.”

Ko said she felt frustrated about not being able to make more birdies, but said she’d take a 2-under 71 before she began play on Sunday if offered.

Canadian Alena Sharp shot a 2-over 75 and sits in a tie for 36th place.