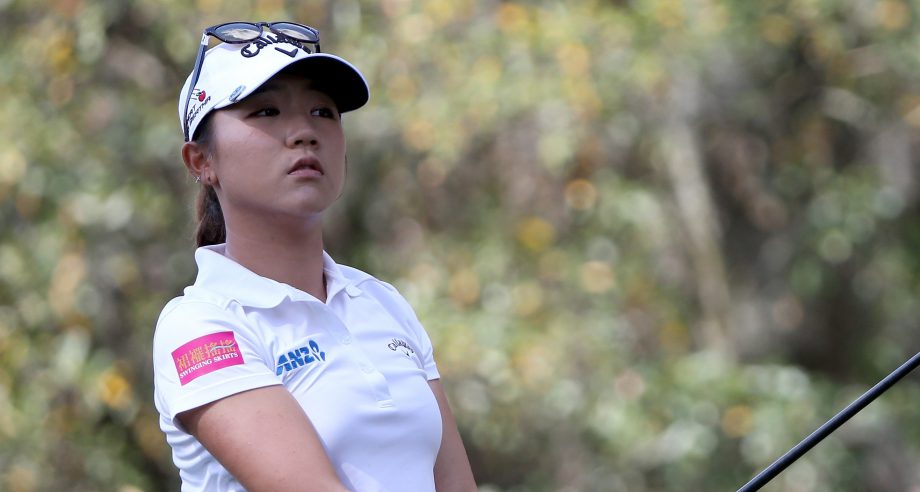 OCALA, Fla. – Top-ranked Lydia Ko shot a 3-under 69 on Wednesday in the Coates Golf Championship in her first round of the season, leaving her four strokes behind leader Ha Na Jang.

The 18-year-old Ko closed with a birdie on the par-5 18th, her fourth birdie on the back nine on the Golden Ocala course that features some tributes to holes at Augusta National, St. Andrews and others.

Ko tied for second last year in Ocala to reach No. 1 in the world ranking, and went on to win five times, and sweep the points-based player of the year award, Race to the CME Globe and the money title.

“First nine holes were pretty rusty, but almost felt like our whole group as we made the turn, we started making birdies,” Ko said. “On 10 it was my first birdie of the season, so it was great.

“Obviously, starting to get back into playing competitively and think more target-oriented. It’s definitely different than hitting the ball on the range. It’s a pretty solid start. I’m happy with the way I finished today and definitely the back nine, hitting a few wedges close.”

She is learning how to drive – a car.

“I got my learner’s permit, so whoever is around Orlando or around ChampionsGate, I would recommend not being on the road when I am,” Ko said. “Everybody said it’s the same as a cart, but it’s nothing like a cart. It goes so much faster.”

Jang made an 18-foot birdie putt on 18 for a bogey-free 65 and a three-stroke lead over six players. Winless on the LPGA Tour, the South Korean player also tied for second last year behind Na Yeon Choi.

Jang had the first hole-in-one on a par 4 in LPGA Tour history last week in the season-opening event in the Bahamas. She used a 3-wood for the albatross on the 218-yard hole.

“I got my new dog, named it Albatross,” Jang said. “I have three dogs – Birdie, Eagle and Albatross. I need one more dog, Hole-in-one.”

Lexi Thompson was in the group at 69. She had only three pars on the first 14 holes, making seven birdies and four bogeys.

U.S. Solheim Cup captain Juli Inkster, at 55 the oldest player in the field, also had a 69.

Michelle Wie birdied three of the last six holes for a 70. She missed the cut last week in the Bahamas after a bee stung her on the palm of her right hand.

Brooke Henderson also carded a 70. The 18-year-old leads the Canadian contingent. Maude-Aimee LeBlanc had a 72, while Alena Sharp had a 75.

Stacy Lewis had a 74, making a double bogey on par-4 ninth after driving left into the trees. She tied for second in the Bahamas for her ninth runner-up finish in a 40-event victory drought that dates to June 2014. The 11-time tour winner has 22 career second-place finishes.

In September, Pettersen infuriated the Americans by insisting that Lee be penalized for picking up her ball when she thought her short second putt had been conceded in a fourballs match. The U.S. then staged the biggest comeback in event history, winning 8 1/2 points in the 12 singles matches to take the cup.

They were friendly in their first pairing since the incident, with Pettersen stopping to offer assistance when Lee had a nosebleed on the first tee.

“I’m fine,” Lee said about the nosebleed. “It happens all the time. It’s happened at previous tournaments. It’s just annoying.”