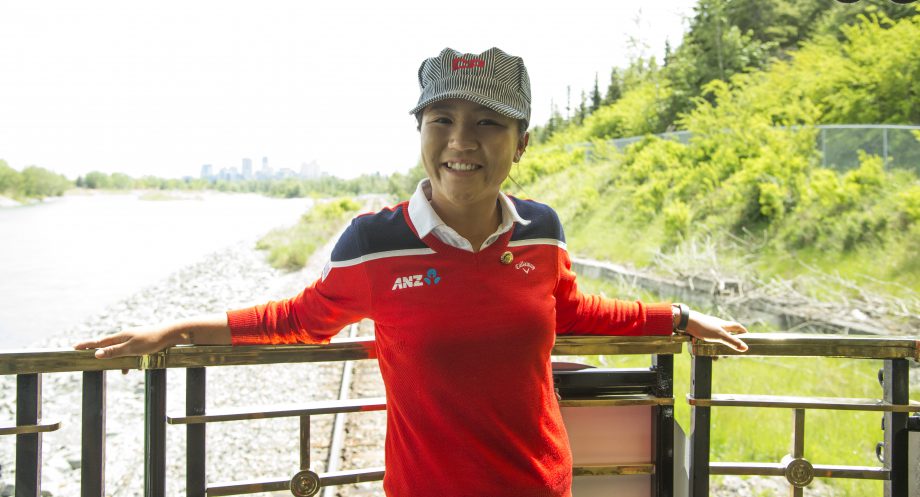 Calgary – She’s only 19 years old, but this August 22-28 at the Priddis Greens Golf and Country Club in Calgary, Lydia Ko will be looking to make history when she defends her title at the 2016 Canadian Pacific Women’s Open.

A 12-time winner on the LPGA Tour and the no. 1 ranked player on the Rolex Women’s World Ranking, Ko will try to claim her record fourth Canadian Women’s Open title when she leads the stars of the LPGA Tour back to Calgary.

The New Zealand teen sensation won her first Canadian Women’s Open title in 2012 as a 15-year old amateur at The Vancouver Golf Club to become the youngest player (15 years, four months, three days) ever to win on the LPGA Tour. She would defend her title a year later—again as an amateur—with a victory in Edmonton at the Royal Mayfair Golf Club. Last August, she returned to The Vancouver Golf Club to claim her third title in four years—along with the $337,500 USD winner’s prize—and tie the record for most wins at the Canadian Women’s Open shared by Pat Bradley (1980, 1985, 1986) and Meg Mallon (2000, 2002, 2004).

As the defending champion, Ko feels a great sense of pride competing in front of Canadian crowds that have embraced her as a three-time winner of Canada’s National Women’s Open Championship.

“I’ve been fortunate to have a lot of success in Canada both as an amateur in 2012 and 2013 and then again last year back at The Vancouver Golf Club,” said Ko, whose impressive 2016 season already includes a pair of victories and six top-10 finishes. “Any time you win a LPGA Tour event, especially a national championship like the CP Women’s Open, it’s a huge accomplishment. The fans, volunteers and sponsors have made me feel so welcomed and I am proud to be returning to try and defend the title.”

“What can you say about Lydia Ko that hasn’t already been said—world-class talent, fierce competitor and an amazing global ambassador for golf,” said CP Women’s Open Tournament Director Brent McLaughlin. “She’s become a special part of our event’s history winning three times in four starts. Together with our partners at CP, we are proud to welcome Lydia back to Canada as our defending champion and I know she’ll once again be a fan-favourite.”

CP Has Heart Charity Campaign:
Now in its third year, the CP Has Heart charity campaign is committed to raising funds in support of children’s heart health in the host community of the CP Women’s Open. The 2016 event is proud to have the Alberta Children’s Hospital Foundation as the host charity with a goal to raise more than $1.2M for heart health in the name of Canada’s National Women’s Open Championship. Between April 1 and August 28, 2016, CP will match all donations made towards pediatric cardiac care and research. CP will also donate $5,000 for every birdie made by a player on the 18th hole at Priddis Greens during the championship. A special bleacher – the 18th Green CP Fan Zone – will offer spectators a premium seating area for a $20 donation upgrade that CP will match. Since 2014, CP Has Heart has committed more than $6M to heart health, including $2.3 million raised in support of children’s heart health in the first two years of CP’s title sponsorship of the event.

Stars of the LPGA Tour Return to Priddis Greens Golf and Country Club…
The 44th playing of Canada’s National Women’s Open Championship will return to the formidable venue which had previously hosted in 1999 and 2009. The 2009 edition of Canada’s National Women’s Open Championship saw Norway’s Suzann Petersen card a final-round one-under par 70 and tournament-total 269 (15-under) to claim the title. Among those in the five-way tie for second that year was World Golf Hall of Fame member Karrie Webb, who claimed victory in 1999 when Priddis Greens hosted the LPGA Tour for the first time.

Hall of Fame calls CP Ambassador Lorie Kane…
LPGA Tour legend and CP Ambassador Lorie Kane will have her career deservedly acknowledged in 2016 with induction into the Canadian Golf Hall of Fame during the week of this year’s CP Women’s Open.  The four-time LPGA Tour winner and Order of Canada recipient will have her Hall of Fame induction ceremony take place in Calgary during tournament week as part of the CP Women’s Open Pro-Am Draw Party on August 23rd.

Canadian Pacific and WestJet Honour Moms’ Unconditional Love In Video…
Canadian Pacific along with CP Women’s Open partner WestJet released a mother’s day video earlier this month celebrating Canadian golf idols, Lorie Kane and Brooke Henderson, and the love they have for their mothers. Journey to the LPGA: #LoveMom witnesses the unconditional love between mother and daughter and inspires the golfers to thank and recognize the one person who’s been with them every step of the way to the top – mom.

Kids 17-and-under Get in Free…
Golf Canada and Canadian Pacific are committed to offering a fan friendly, family event with the CP Women’s Open. In an effort to introduce more juniors to the sport, children aged 17-and-under get FREE admission to the CP Women’s Open for the entire week.  Click here to download a FREE Junior Pass

Additional information regarding tickets, volunteer opportunities and corporate hospitality for the 2016 Canadian Pacific Women’s Open can be found at www.cpwomensopen.com.