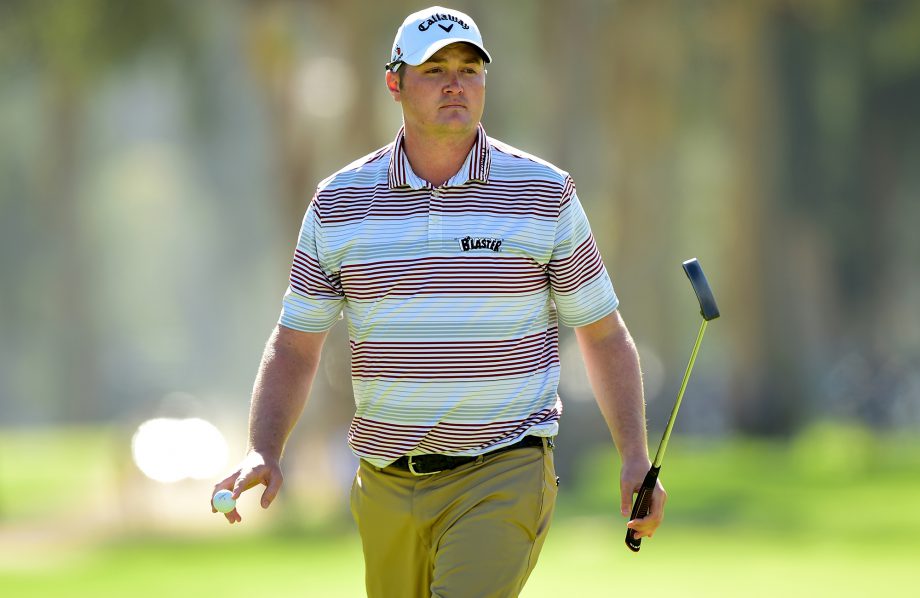 LOS ANGELES – Rory McIlroy was leaving the scoring area when he looked over at a TV screen that was showing highlights of his round.

There were a couple of three-putt bogeys (one from just off the green) to go along with five birdies in his round of 2-under 69 that left him satisfied. It wasn’t his best, though he still was only four shots behind Jason Kokrak. Right before leaving the room, Golf Channel posted a chart that showed McIlroy has more comeback victories (six) after 36 holes than anyone since 2010.

“There you go,” McIlroy said with a smile. “That’s a good stat.”

That’s how the weekend is shaping up at Riviera. Kokrak birdied all the par 5s with his power and shot 7-under 64 to build a one-shot lead over Chez Reavie, who had a 67. Kokrak will be going for his first PGA Tour victory, which looks to be a long way off considering the tournament is only at the halfway point.

Even with Jordan Spieth missing the cut, there is plenty of star power – and simply power – lined up behind Kokrak.

Dustin Johnson and Bubba Watson were two shots behind. The large group four shots back included McIlroy, Adam Scott, Hideki Matsuyama and Charl Schwartzel, a winner last week in South Africa. Watson won at Riviera two years ago. Johnson has been runner-up each of the last two years.

Kokrak is a month away from the one-year anniversary of his last top 10 on the PGA Tour, but he took a lot out of the 67-69 finish he had last weekend at Pebble Beach. He was hitting the ball well. He sensed something good about to happen.

“The way I hit it on Saturday, Sunday at Pebble, I can definitely see something special coming,” he said. “But I just put myself in position, just like I’m going to try to do the next couple days and see what happens.”

It’s hard to call Riviera “Dustin Johnson’s Alley” when he’s never even won at the course (Ben Hogan won three times in two years, including a U.S. Open) but it clearly is one of his better courses for reasons he can’t explain except that it fits his eye. He has finished no worse than fourth in four of the eight previous times he has played, and he has more rounds at 67 or better (10) than anyone since he started playing.

And he might finally be shaking off the rust from taking nearly a month off in December, and not playing at all in the two weeks between Kapalua and Torrey Pines, and the one week before Pebble Beach.

Asked what he does in his spare time when he’s not playing golf, Johnson replied, “There’s a lot of things you can do other than golf. I do them all.”

Lanny Wadkins said when he set the scoring record of 20-under 264 at Riviera in 1985 that he played the final round with the goal of not having anything worse than a 4 on his card. Schwartzel couldn’t relate to that on Friday.

And he still shot 68 and was four behind.

He had a double bogey on No. 10 from a plugged lie in the bunker (even clean lies are hard in the bunkers on No. 10). And he made a triple bogey on No. 2 when he was trying to chip out from a boundary fence and the ball hit him in the hand, costing him one shot. He also missed a 3-foot putt. Both irritated him. Between those two holes, which he described as “unfortunate,” he made seven birdies and an eagle. So that was fortunate.

He moved from Dallas to Colorado last year with his wife and four children and loves it. Leonard said his psychologist told him he needed to start working harder and practicing more. “So I moved to Colorado so I can’t practice,” he said.

He is playing a limited schedule this year, wanting to play 10 or 12 events. He narrowed it down to the courses that make him excited.

Charlie Danielson gets to wait before going back to school. A 22-year-old senior at Illinois, Danielson earned a spot in his first PGA Tour event through a college qualifier on Monday. He opened with a 67 and easily made the cut on Friday with a 72. He was seven shots out of the lead and guaranteed two more days at Riviera.

A pair of Abbotsford, B.C., natives lead the Canadian the contingent. A 3-under 68 performance propelled Nick Taylor into a tie for 22nd place, while Adam Hadwin posted a second consecutive 70 to sit T38.