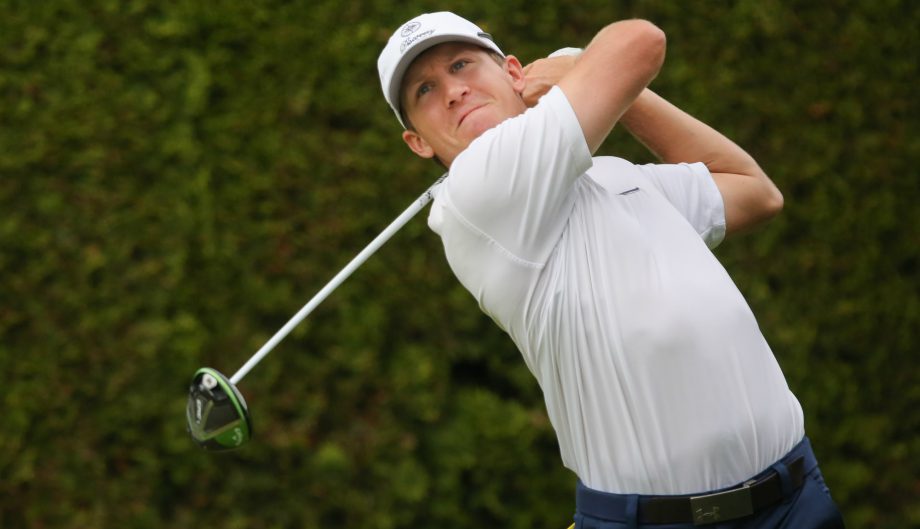 Dallas, Texas’ Kramer Hickok shot a 3-under 68 on Saturday at Pine Ridge Golf Club to take a one-shot lead into the final round of the Players Cup, the fourth event of the 2017 Mackenzie Tour – PGA TOUR Canada season.

The 25-year old posted three birdies and zero bogeys to reach 10-under through 54 holes and led by one over Rancho Cucamonga, California’s Rico Hoey, Bakersfield, California’s Matt Picanso and The Dalles, Oregon’s Damian Telles with one round to go in Winnipeg.

Though he admitted he didn’t have his best game with him on Saturday, Hickok said it was his mental game that propelled him to the lead with one round to go.

“Patience, patience, patience,” said Hickok, describing his biggest asset in Round Three. “I’m mentally fried right now. I didn’t hit it well at all and managed my game really well, and that’s what you’ve got to do out here.”

Hickok was a college roommate of Jordan Spieth’s at the University of Texas and still lives with the two-time major champion, and while he says he doesn’t bombard his fellow former Longhorn with questions, he still makes the most of any opportunity to learn.

Though a group of pursuers played their way into contention on Saturday, the University of Texas alum said he wouldn’t try to push things in Sunday’s quest to win on the Mackenzie Tour.

“If you get a little impatient and start attacking pins, you can make a quick bogey,” said Hickok. “You’ve got to stick to that game plan as much as you can. Tomorrow will be all about winning the tournament.

Picanso, the 54-hole leader, birdied the 18th to shoot an even-par 71 and sit 9-under with Hoey and Telles, while Order of Merit leader Robby Shelton was one shot further behind along with Lake Mary, Florida’s Jhared Hack.

34-year old Matt Picanso is making his fourth career start on the Mackenzie Tour. The Cal Poly – San Luis Obispo alum was originally a baseball player and didn’t pick up competitive golf until his early 20s.

27-year old Damian Telles is making his third career Mackenzie Tour start this week. Telles has conditional status on the Mackenzie Tour this season after finishing T19 at the British Columbia Q-School this spring. He did not get into the Players Cup field as an alternate until Monday.