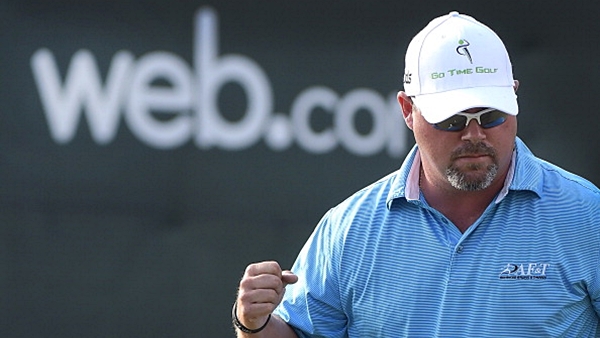 BROUSSARD, La. – Kris Blanks won the Louisiana Open on Sunday for his second career Web.com Tour title, closing a 9-under 62 and beating Brett Stegmaier with a birdie on the third hole of a playoff.

Blanks matched Stegmaier at 14-under 270 at La Triomphe. Stegmaier finished with a 68.

Blanks earned $99,000. He was making his first Web.com start of the year after playing five PGA Tour events.

Jonathan Randolph and Kyle Reifers tied for third at 13 under. Randolph shot 67, and Reifers had a 70.

Abbotsford, B.C. native Adam Hadwin finished at 7-under 277 and tied for 32nd.