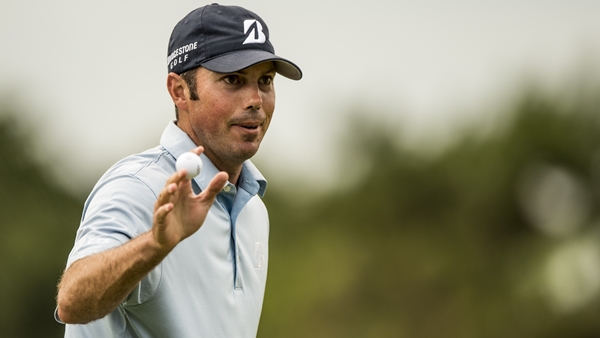 HILTON HEAD ISLAND, S.C. – There were no major letdowns for Masters contenders Matt Kuchar and Jordan Spieth at the RBC Heritage on Thursday.

Kuchar, who tied for fifth at Augusta National, shot a bogey-free 5-under 66 to share the first-round lead with Scott Langley and William McGirt.

The 20-year-old Spieth tied for second behind Bubba Watson last Sunday and continued his strong play with a 69, part of a large group tied for fifth at Harbour Town Golf Links.

Kuchar and Spieth both spent much of Sunday in the pressure cooker that is the Masters’ final round. But neither player allowed any lingering disappointment or fatigue from a grueling week to slow them down here.

“I was anxious to get back out and play another competitive round,” Spieth said. “So today was going to be kind of therapy, in a sense, from last week.”

Langley and McGirt each had five birdies on the front nine to match Kuchar.

Harris English was two shots behind after a 68 before Spieth topped a group of 15 another stroke back. In all, 54 competitors shot par or better despite the gusts of 20 mph that swept through the course much of the round.

Spieth, who tied with fellow Masters rookie Jonas Blixt for second last week, didn’t consider withdrawing at Harbour Town, convinced of the benefits of quickly getting back to work.

“It was unbelievable just to be playing with them,” Spieth said.

For Kuchar, playing was a no-brainer considering the strong run he’s been on the past month or so.

He tied for fourth at the Texas Open three weeks ago and lost in a playoff at the Houston Open a week later right before the Masters.

And Kuchar understands being focused at the Masters can mean being zoned in at Harbour Town.

“You’re going to see a lot of guys, if they’re not too run down from a major championship, come out and play some pretty good golf the week following.”

Kuchar played with confidence and precision, avoiding the winds when possible and playing to the meatiest parts of the smallish greens.

After starting on the back nine, Kuchar birdied both the par 5 holes on the front side before finishing with a birdie on his final hole, the ninth, to shoot in the 60s for the sixth time in his past 11 rounds here.

“It was some awfully steady golf,” he said.

Langley, with his early birdie run, looked as if he might finish on top alone after a 17-foot birdie putt on the par-3 14th moved him to 6 under. But Langley wound up in the scrub along the 18th green and took bogey to fall into the three-way tie for first.

Langley has missed seven cuts this season, including his past two tournaments. But he felt confident in his game and took motivation from his friend Spieth’s run at a green jacket last week.

“Seeing Jordan do so well, almost win the Masters, inspired me a little bit,” Langley said.

McGirt played in the same group with Langley and matched his partner with five front-nine birdies. He chipped in on the par-3 17th to move up into the tie for first.

“Scott and I were both making birdies left and right,” McGirt said. “It was easy to feed off each other.”

On the Canadian front, Stephen Ames and Mike Weir opened with 2-over-par 73s to share 77th spot, while David Hearn carded a 76.