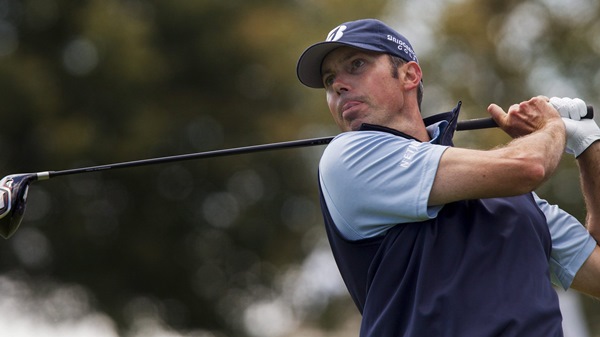 NAPLES, Fla. – Matt Kuchar and Harris English set a tournament course record by finishing at 34 under at the Franklin Templeton Shootout on Sunday.

Kuchar and English beat the duo of Retief Goosen and Freddie Jacobson at the Tiburon Golf Resort’s Gold course. The winners shot 25 under in their last 28 holes.

Playing Sunday under a scramble format, they shot a 14-under 58. Goosen and Jacobson cut their deficit to three shots after three holes before Kuchar and English warmed up. They were 11-under 61 for the day and 27-under for the tournament.

Finishing third were Lee Westwood and Ian Poulter, who had a 13-under 59 and went 26 under overall. Chris DiMarco and Billy Horschel were in fourth at 24 under.

Host Greg Norman and partner Jonas Blixt tied Steve Stricker/Jerry Kelly and Canada’s Graham DeLaet/Mike Weir at 19 under. They finished tied for 8th, earning (US) $80,000 each.