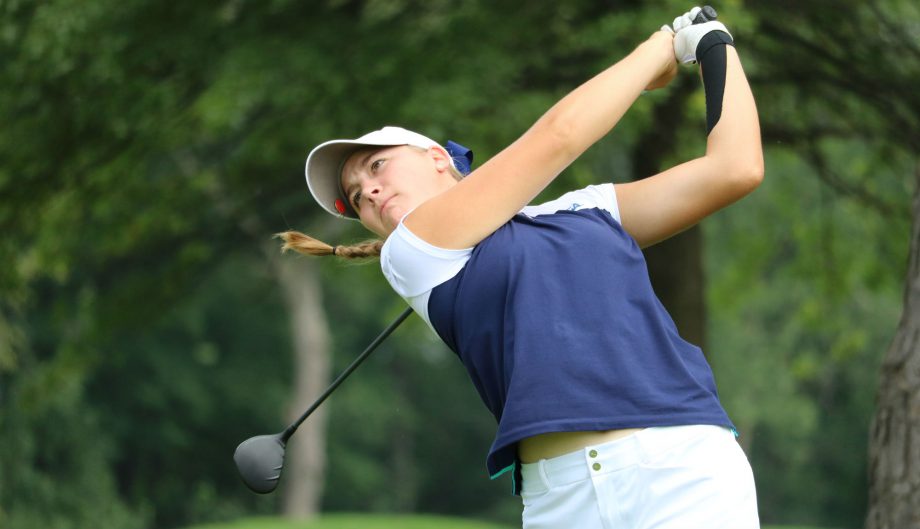 Jennifer Kupcho shot a 4-under-par 66 at Cutten Fields on Thursday to head into the final round of the Canadian Women’s Amateur Championship with a four-shot lead.

For the second time in three rounds, Kupcho carded a score in the 60s to move her to 9 under par for the tournament. Her third round came as a relief after Wednesday’s even-par 70 left her feeling like she missed out on a lot of opportunities.

“I hit my irons a lot better today, a little bit closer and in the right areas of the green,” she said, after signing a couple of golf balls for some volunteers. “I had my putter going today and that just helped me out a lot.”

The 20-year-old from Westminster, Colo., started the round in a tie for the lead with Lilia Kha-Tu Vu and the two duked it out for much of the day. After the 14th hole, the two remained tied at 7 under par for the tournament until Vu’s par putt lipped out and left her one back of Kupcho.

“I guess it gave me a little bit more confidence, but you just have to keep going the whole day and see what you can do,” said Kupcho.

And she did keep going.

Heading down the final four holes, Kupcho – the highest ranked golfer in the field – made birdies on holes 16 and 18 while Vu added another bogey on the final hole.

Vu ended her day with an even-par 70, placing her into a T2 tie with Mexico’s Maria Fassi who stayed red-hot with another fantastic round on Thursday.

Fassi shot a bogey-free, 5-under-par 65 to continue her ascension up the leaderboard. The top-ranked amateur golfer in Mexico made five birdies during her round including back-to-back birdies on holes seven and eight.

“It’s a great feeling,” she said. “I’m really comfortable off the tee and on the greens. I’m making good reads and my distance control has been really good these past two days, and I think that has helped me to make some of these putts.”

The 19-year-old has fully rebounded after her disappointing 8-over-par 78 to start off the championship. Since then she has carded just one bogey and 14 birdies as well as locking in a new course record at Cutten Fields with her 8-under-par 62 on Wednesday.

“I’ve been a lot more patient these last two rounds and have been able to forgive myself for the shots I don’t like as much,” said Fassi. “I think the first day I was in a constant fight with myself and these last few days I’m just taking what it’s giving me.”

Kupcho, Vu and Fassi will make up the final grouping while Rachel Heck (-3), Hira Naveed (-1) and Jaravee Boonchant (-1) will tee off in front of them

Canadians Susan Xiao (Surrey, B.C.), Grace St-Germain (Orleans, Ont.) and Naomi Ko (Victoria, B.C.) all sit inside the top 10 at even par, 1 over and 2 over par respectively.

The final round of competition will see the first groups tee off at 7:30 a.m. from holes 1 and 10.
In addition to the 2017 Canadian Women’s Amateur title, the individual champion will earn an exemption into the 2017 U.S. Women’s Amateur Championship and – along with the low Canadian – the CP Women’s Open at Ottawa Hunt & Golf Club in Ottawa from Aug. 21-27.