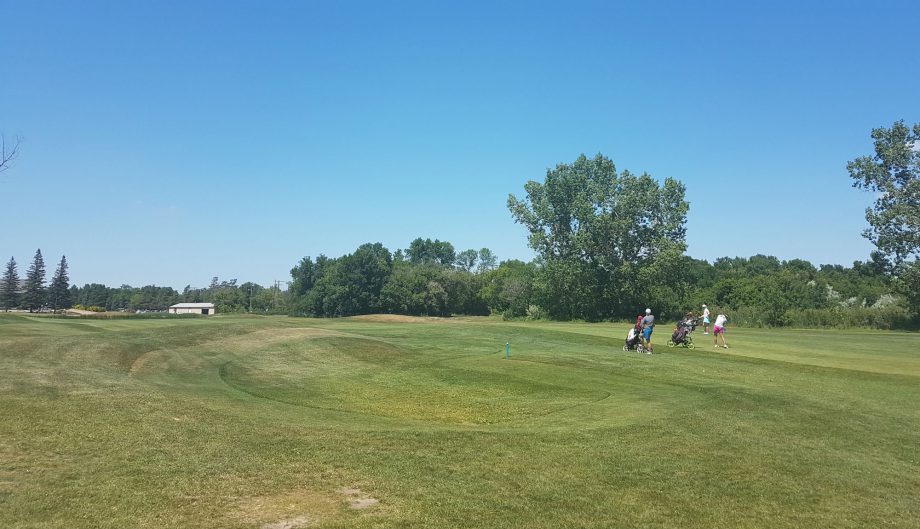 Estevan, Sask. – Jacob Kydd shot the low round of the day for the boys and Chaewon Baek recorded the only score under par for the girls as the two lead their respective divisions after round one at the Future Links, driven by Acura Prairie Championship at TS&M Woodlawn Golf Club on Tuesday.

Kydd carded a 4-under-par 68 while scoring six birdies in his stellar opening round.

“It feels awesome, it’s my lowest round ever,” said the 17-year-old, from Regina, Sask. “I felt really good right from my very first tee shot. After that, the putts just starting going in for me. I didn’t three putt all day and knew that I had the potential to record a really low score.”

They only blemish on Kydd’s personal best was a double bogey right after he made the turn onto hole 10, but he managed to stay out of danger by scoring three birdies in the following five holes.

Three players are within striking distance of the leader after round one.

Tayden Wallin, from Humboldt, Sask., holds on to second place after he finished his opening round two under, and Kade Johnson (Yorkton, Sask.) and Ryan McMillian (Winnipeg, Man.) sit deadlocked in third after they shot the only other two rounds under par in the boys division.

Callum Davison, the 2016 Future Links Quebec Champion, recorded an even-par 72 and is four shots back of Kydd in fifth place.

In the girls division, Baek shot a 1-under-par 71 to secure her spot at the top of the standings. The 13-year-old from Langley, B.C., got off to a rough start with back-to-back bogeys on holes one and two, but she followed it up with an eagle and a birdie to bring her under par.

“The first two holes I three-putted both times but then I made an eagle on three to bring me back into it,” she said, after posting the only round below par in the girls division. “I just tried to not give it up from that point forward.”

Samantha Copeland, from Calgary, Alta., is the closest to Baek after she shot a 4-over-par 76, while Vaijayanti Bharkhada shot a 77 to round out the top three girls.