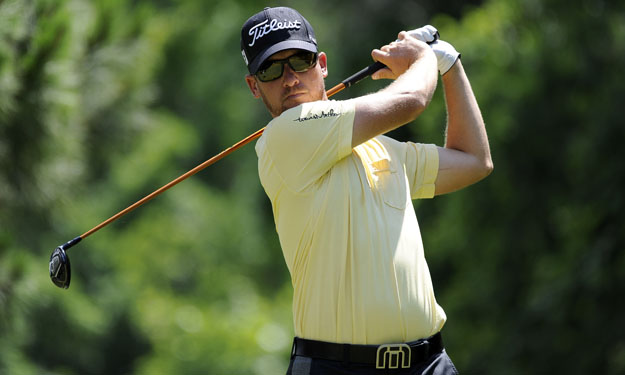 The 36-year-old former South Carolina player, making his second start of the season, won with a 4-foot birdie putt on the second hole of a playoff with Patton Kizzire and Miguel Angel Carballo.

Thompson holed his winning putt after Carballo missed from 30 feet and Kizzire from 7.

“I knew I had to make it to win,” Thompson said. “I thought, `Just go through the same routine that I did 50 times this week. The putt’s the same today as it was Thursday morning.'”

Thompson earned $112,500 to move into 15th place on the money list. He has four career tour victories, also winning the 2007 Oregon Classic.

“It means I get to keep playing golf for a living. It really does,” Thompson said. “If I miss the cut, I’m looking for a job. Literally, I’m at the end of my rope. Miracles happen. … It’s very emotional. I can’t even put into words what it means to win this golf tournament. I kept my head down and kept doing the best I could. I had total belief that I was going to win this tournament, but I don’t know where that came from.”

Thompson closed with a 4-under 67 to match Kizzire and Carballo at 17-under 267. Carballo birdied the final two holes for a 64. Kizzire finished with a 66.

Scott Parel and Drew Scott tied for fourth at 16 under. Parel had a 65, and Scott shot 68.

Canada’s Brad Fritsch tied for 8th 3 shots back of the lead at 14 under after a final round 68.