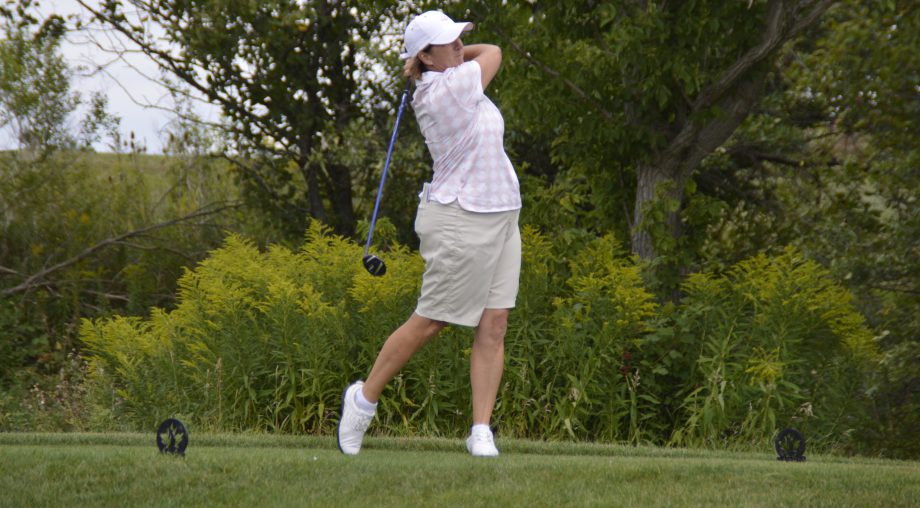 CAMLACHIE, Ont. – Judith Kyrinis of Thornhill, Ont., and Terrill Samuel of Etobicoke, Ont., sit atop the leaderboards at the 2015 Canadian Women’s Mid-Amateur and Senior Championship after carding opening rounds of 3-under par 68 at Sawmill Creek Golf Resort and Spa in Camlachie Ont.

Kyrinis managed a 3-under par 32 on the front nine; she then notched a birdie on the 12th hole after a bogey on No. 11 to finish the back nine at even par.

“We had a nice game out there together so we really kind of pulled each other along, so it was great. We fed off each other really well,” added Kyrinis who was grouped alongside her co-leader.

Samuel opened the championship with a birdie and added an eagle on the par-5 sixth hole to also finish her front nine with a 32. A birdie-par-par finish brought the 2012 Canadian Women’s Senior champion back to 3-under par to complete the opening round.

Canadian Golf Hall of Fame member and three-time Canadian Women’s Senior champion Mary Ann Hayward of Aurora, Ont., sits in a three-way tie for third in the Senior division after a first-round 1-over par performance.

“I had a lot of looks at birdies. I felt like I let a lot of chances go,” said Hayward. “I’ll take 1-over for a start. We will see how it shakes out, there are two more rounds. I might have to play a little catch up, but I think I can score a little better.”

Also chasing the lead at four-shots back are Marion Reid, 51, of Etobicoke, Ont., and Debbie McDonald of Claremont, Ont.

Joining Kyrinis and Samuel near the top of both the Mid-Master and Mid-Amateur divisions is Jessica Luciuk of Barrhead, Alta. The 40-year-old is third in both divisions after firing a round of 1-under 70 that concluded with a string of four birdies.

Team Ontario entered the tournament as defending inter-provincial champions and lead after a first round combined 4-over par performance. The team comprised of Gail Pimm (Uxbridge), Mary Ann Hayward and Debbie Court (Mississauga) holds a one-shot advantage over second-place Team Quebec. The provincial team competition will conclude following the second round of play.

The champion of this year’s Canadian Women’s Senior division will gain entry into the 2015 U.S. Senior Women’s Amateur at Hillwood Country Club in Nashville, Tenn., from September 26 to October 1.