Landry leads Nova Scotia Open in round one 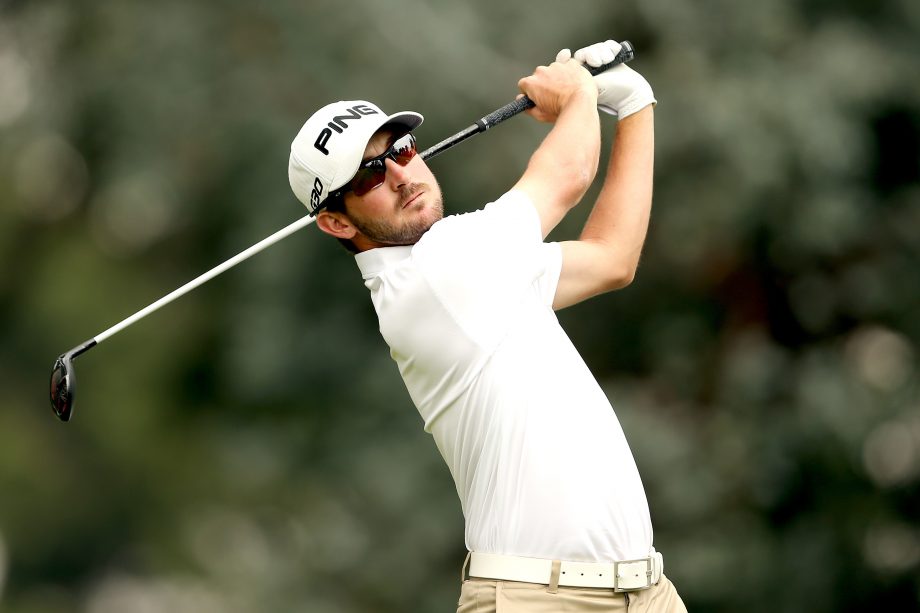 HALIFAX, N.S. – Transplanted Texan Andrew Landry fired a 7-under 64 and moved into the lead after the opening round of the Nova Scotia Open. Landry chalked up seven birdies and an eagle at the Ashburn Golf Club and leads by one over Georgia’s Joss Broadaway and Tennessee’s Peter Malnati.

Edward Loar and Korea’s D.H. Lee share fourth place after posting 5-under 66’s, while Jorge Fernandez-Valdes and Tyler McCumber are tied for sixth place, three back.

Landry, winner of the Cartagena de Indias at Karibana Championship in early March, plowed his way to the top through his work on the greens.

“The putts were just falling on the front nine,” said Landry, who rolled in an eagle putt, then a 30-footer for par and a 60-footer for birdie on consecutive holes. “It was just one of those days. The only thing you can do is laugh. I felt comfortable over it and my speed was really nice.”

Landry, who graduated from the University of Arkansas but now calls Austin home, leads the field after needing only 25 putts to complete his round.

“You can get some pretty dicey putts out here if you leave it on the wrong side of the hole,” he said. “I left myself in good position for most of the back nine and executed nicely.”

So did Malnati, the No. 2 money winner on Tour to this point and winner of the Brasil Champions the week after Landry won in Colombia.

“Golf is so funny,” he said. “I felt awesome going into the week last week in Wichita (Air Capital Classic) and shot my worst score in a long time on Friday and ended up missing the cut. This week I’ve been feeling that everything was just a little off.”

Whatever was off got back to on when Malnati, an admitted perfectionist, relaxed a bit.

“I always put a lot of pressure on myself. I work really hard and I expect good results,” he said. “You don’t have to be perfect on this golf course. It’s fairly wide. For me not to be perfect and allow myself an out – maybe call it a lowering of expectations – freed me up a little bit.”

Malnati missed enough fairways (5 of 14) to cause him concern, but 27 putts got him high enough on the leaderboard to challenge Landry to become the Tour’s first two-time winner in 2015.

Broadaway, meantime, uses his pinpoint accuracy off the tee (14 of 14 fairways) to give him the clubhouse lead in the morning.

“I just stayed patient,” he said. “I’ve been pressing a little. Last week I played really well and scored terrible every day, just pressing and trying a little hard.”

Broadaway, 36, has been pressing because he’s made only one cut in five starts this year and has limited status on Tour this season.

“This week I came out and hoped to freewheel it a little and just play,” he said. “I didn’t want to worry about the outcome or needing to play well to get in next week and all the smoke and mirrors that comes with everything. I’m just trying to hit each shot and when we get done, add ‘em up and see what we get.”

Austin Connelly, who has dual citizenship with both the United States and Canada shot the lowest score among Canadians. The 18-year old amateur shot a 3-under par round and is placed in a tie for eighth.