Langer birdies 18th for share of lead in playoff opener 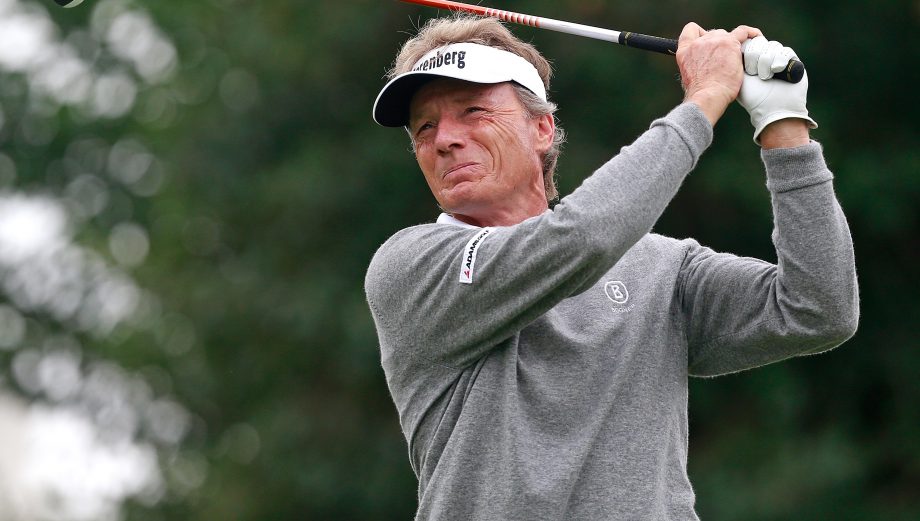 RICHMOND, Va. – Bernhard Langer birdied the par-5 18th for a 5-under 67 and a share of the first-round lead Friday in the Dominion Energy Charity Classic, the first event in the PGA Tour Champions’ Charles Schwab Cup Playoffs.

Seeking an unprecedented fifth Schwab Cup and fourth in a row, the 60-year-old Langer leads the season standings and has a tour-high five victories this season.

“Played really good,” Langer said after his bogey-free round. “I hit every fairway, hit 17 greens in regulation. That means I had 17 chances for birdie, and the one I missed I made par out of the bunker. So that was about as bad as I could have scored, basically. Didn’t make many putts.”

Rocco Mediate, David Toms and Joe Durant matched Langer atop the leaderboard at The Country Club of Virginia’s James River Course. Jay Don Blake, Olin Browne and Glen Day were a stroke back.

Mediate had four birdies on the back nine in a bogey-free round.

“It’s a nice start for me, period,” Mediate said. “I haven’t been around much. It was a solid, solid day. Putted nice, drove nice. You have to do it around here, it’s a good golf course.

Toms and Durant also were bogey-free.

“I like the golf course,” Toms said. “I played solid yesterday in the pro-am. Went out there early in the round, I hit a couple wayward drives and got in the rough. It’s tough to play out of the rough. But I recovered well and then started to find the swing with the driver and I set myself up to have a lot of birdie opportunities the rest of the round.”

The event is the first of three in the playoffs. The playoff field will be cut to 54 for the PowerShares QQQ Championship next week in Thousand Oaks, California, and the top 36 will advance to the season-ending Charles Schwab Cup Championship in Phoenix.

“Hoping to continue my good play and my good form and give myself opportunities,” Langer said. “Hopefully, get up in front and win the championship. But it’s a long ways to go. We’re only one-third of the way there.”

Defending champion Scott McCarron, playing alongside Langer, opened with a 72. He bogeyed the 18th after being penalized a stroke for accidentally moving his ball before he played his third shot.

McCarron has four victories this year and is second in the season standings.

John Daly withdrew after nine holes because of a right knee injury. He’s 22nd in the Schwab Cup standings.