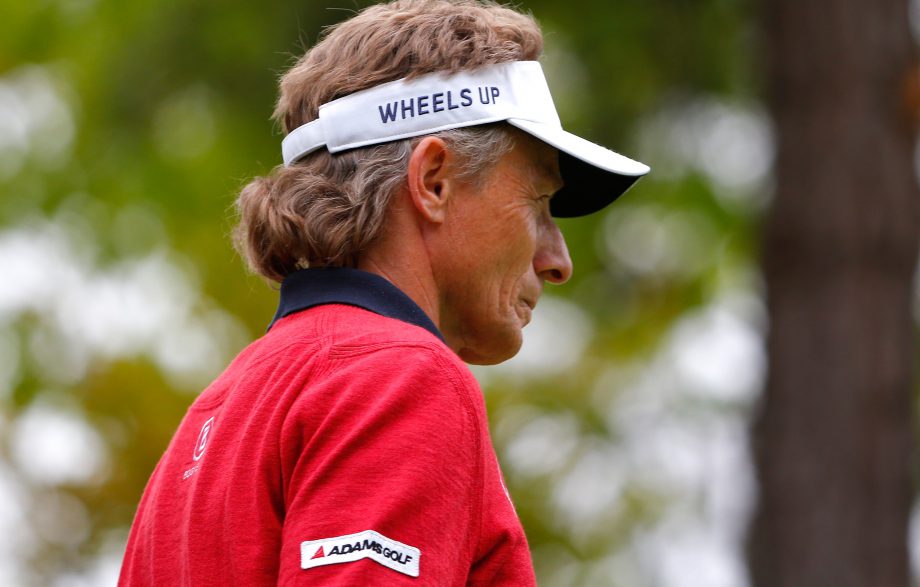 BIRMINGHAM, Ala. – Bernhard Langer surged to a four-stroke lead Saturday in the Regions Tradition.

A stroke behind leader Kenny Perry entering the round, Langer shot a 3-under 69 to move to 12-under 204 in the first PGA Tour Champions major of the year – while Perry and others stumbled at Greystone.

The 58-year-old Langer won the Chubb Classic in February for his 26th victory on the 50-and-over tour.

Perry held the lead after each of the first two rounds but had a double bogey on the opening hole on his way to a 74. He and Scott McCarron, who shot a 72, were tied for second place going into the final round.

John Daly was among five players at 7 under after a 69. Playing in his second PGA Tour Champions event, the two-time major winner had a double bogey, two bogeys, an eagle and five birdies.