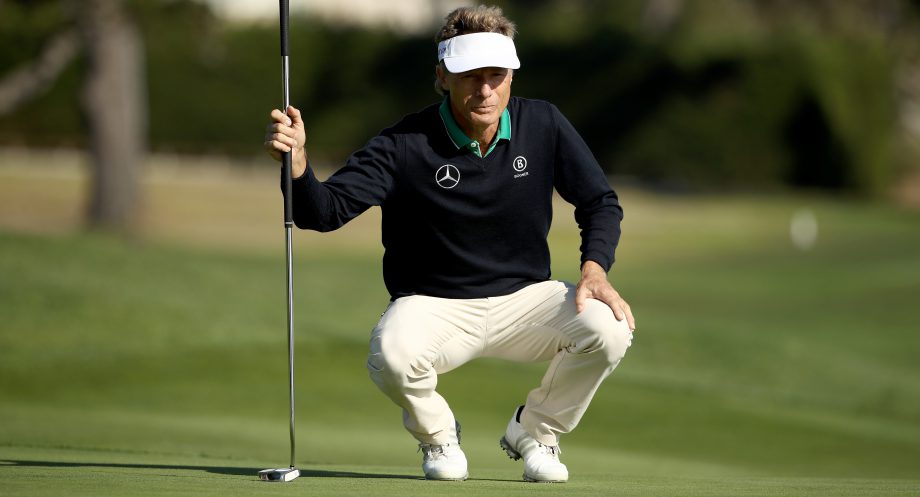 CARY, N.C. – Bernhard Langer birdied the final four holes for his second straight 5-under 67 and a two-stroke lead Saturday in the PGA Tour Champions’ SAS Championship.

Langer had a bogey-free round at Prestonwood in the regular-season finale. The 59-year-old German star leads the tour with four victories and earnings of $2,512,659. He won the 2012 event and tied for third the last two years.

“I played pretty steady golf throughout the whole day,” Langer said. “Had to be very patient in the middle of my round because just the putts didn’t go in. I didn’t hit my irons really close, had a few chances here and there, but just didn’t make anything. Then toward the end I hit the ball really well. Hitting irons a little closer and finally made some good putts coming in.”

Langer is tied for second with Lee Trevino with 29 career victories on the 50-and-over tour. Hale Irwin is the leader with 45.

“Two shots is nothing,” Langer said. “You can lose two shots in one hole. You make a bogey and the other guy makes a birdie and it’s gone. You still have to have the mindset of going out and playing hopefully the best round or one of the best rounds of the day.”

Larry Mize and first-round leader Doug Garwood were tied for second at 8 under. Mize had a 69, and Garwood followed his opening 65 with a 72. Jeff Sluman (67) and Senior British Open winner Paul Broadhurst (69) were 7 under.

The top 72 players on the money list after the tournament – and one player in the top 10 in the event but outside the top 72 for the season – will get spots in the Charles Schwab Cup Playoffs opener – the PowerShares QQQ Championship at Sherwood in California on Oct. 28-30.

Langer began the late with a 12-footer on the par-4 15th, and got up-and-down for birdie from over the green on the par-5 16th.

“Driver, 3-wood straight at the pin and rolled through the green into the rough and had a very tough pitch because it was straight downhill,” Langer said. “Played it pretty decent, got it to about 5 feet.”

“That was nice because I hit a good putt, but it didn’t turn until the very, very end and just snuck in on the high side,” Langer said about 17. “That was nice to see that one turn in. And then 18 was a perfect putt, went right in the middle.”

Defending champion Tom Lehman was tied for 10th at 4 under after a 68.