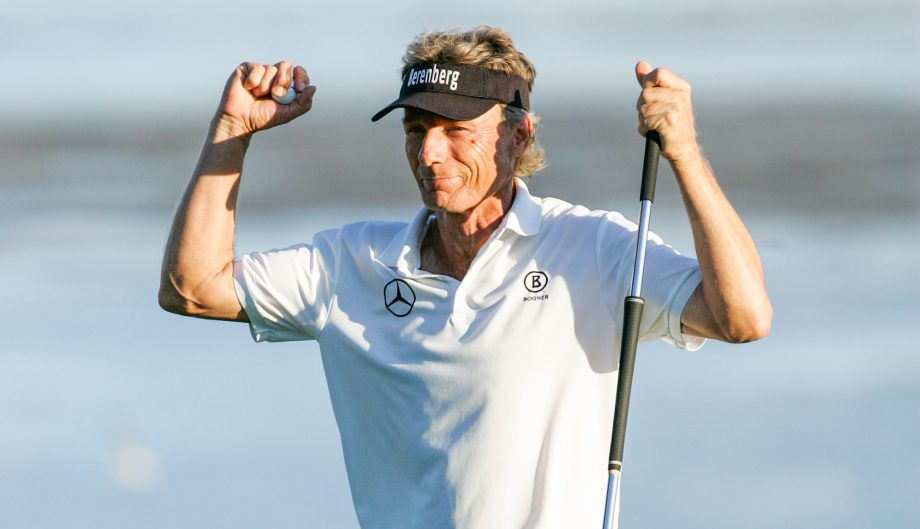 THOUSAND OAKS, Calif. – Bernhard Langer made a 30-foot birdie putt on the second playoff hole to beat Miguel Angel Jimenez in the PowerShares QQQ Championship on Sunday for his second victory in two events of the Charles Schwab Cup playoffs.

Langer missed a similar putt on the first extra hole as both he and Jimenez made par. He was perfect on the second for his third win in his last four tournaments and seventh victory of the season.

Langer and Jimenez, who shared the 36-hole lead with David Toms, both shot 5-under 67 in the final round to force the playoff at 11-under 205. Toms, winless in his first season on the senior tour, had a 69 to finish two shots back in third.

Langer leads the Schwab Cup points standings and is followed by Scott McCarron, Kenny Perry, Jimenez and Kevin Sutherland. The points now reset and any of the top five can win the cup and $1 million bonus with a victory in the Schwab Cup Championship at Phoenix Country Club from Nov. 10-12.

The words of a champion.