Lapping up the Millenials 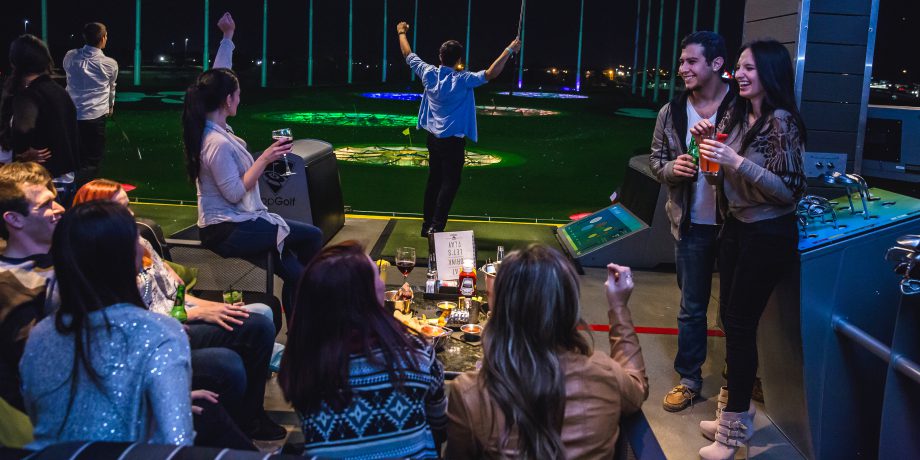 Apologies to the few ardent fans of Seven Days in Utopia and The Legend of Bagger Vance but in the past 15 y ears the intersection of golf and pop culture cinema has been paved with cliches as well tread as the Swilcan bridge at St. Andrews and swing thought whisperers so hokey you can bet a screenwriter or two is pining for a mulligan.

The Squeeze, the latest golf movie to hit theaters and premium cable aims to christen a brand new sub-genre: the golf thriller.  There’s a scene in the trailer where after securing a bet to the contrary, Friday Night Lights’ J.D. McCoy ( Jeremy Sumpter), standing 200-odd yards from the dance floor, smoothly flips his ball into the air with his putter and then with a carefully timed one-handed baseball swing proceeds to wallop it all the way to the green.

“The Squeeze is a wonderful golf movie because it’s so authentic.  It hooks you in the beginning and stays interesting and entertaining right to the end.  I’m looking forward to seeing it again,” chimes in Phil Mickelson in the film’s marketing materials.  An endorsement from Lefty, one of golf’s ultimate insiders and a player known for making friendly wagers with his PGA brethren to make practice rounds a little more interesting, carries a lot more weight than a positive review from a film critic.  Adding to the film’s TOUR cred, Tom Watson is an investor in the movie and Jack Nicklaus is yet another notable giving it two-thumbs up.

Sumpter plays a +1.1 handicap in real life nipping the niggling yet accurate complaint about the preponderance of actors in golf movies who appear to have never picked up a club before the cameras started rolling.  Happy Gilmore’s Shooter McGavin (Christopher McDonald) co-stars as Riverboat, a hustler that hooks a rural phenom into the world of high stakes golf gambling.  While a small indie flick and a mere blip on the entertainment radar, compared to the overly sentimental fare that proceeded it, the film is a step in the right direction as far as sparking golf interest in younger generations.

BIG SCREENS TO NIGHT OUT

When it comes to keying into the pulse of the millennials, the fresh “fun required, skills optional,” mantra espoused by burgeoning golf entertainment goliath TopGolf has hit on a winning formula that has vaulted the company to the top of the golf entertainment leaderboard.

Their 70, 000+ square-foot triple-decker, 100 bay driving ranges on steroids look a lot more like Dave & Busters than your garden variety hit’em by the bucket practice facility. With 16 locations up and swinging and nine more under construction, the company is in the midst of a major growth spurt—eight million visitors are expected to tee it up at a TopGolf this year.

TopGolf’s brilliant stroke was RFID tagging Calloway balls to track their flight as they fly toward giant dartboard targets giving golfers instant performance feedback on screens with their name on them bowling style. They’ve transformed what was once typically a solitary, meditative activity into a dynamic social event that has legions of young people lining up for more than an hour to bash balls, have a laugh, and just hang out and enjoy the bar-meets-range entertainment phenomenon.

With roaming onsite pros dispensing pointers and offering short free demos, it’s a highly beginner friendly golf experience.  Even if you’ve never swung a club in your life (50 per cent of customers who walk in the door have never golfed), if you’re at all athletically inclined you’ll still manage to score some points in TopGolf’s various distance and target-based games.

“The screen will show you exactly how far you hit the ball and show you where inside that target you hit the ball and award you points,” explains TopGolf’s Chief Operating Officer Randy Starr.  “For the novice who doesn’t have the appreciation to go ‘wow that was my eight iron, that felt really good I think that was like 145 yards,’ this makes it more fun.

“You’re aiming at something that’s highly visual,” he adds.  “Your name is on the screen, you are competing against your friends and family in a fun non-intimidating environment.”

Set to triple its location count in the next five years, TopGolf has the population centers of the Great White North firmly in its sights; in fact, Toronto is the city they get the most information requests out of any other metropolitan area in North America. Meanwhile they’ve already broken ground on a massive Las Vegas strip location at MGM Grand, which will be four levels with a VIP lounge decked out with water features on the penthouse and there will also be a stage for live music performances.

For more experienced golfers wishing there were as many stats to pour over about their own games as there are for TOUR Players, GPS-based statistic tracking systems such as Game Golf and Arccos have stepped up to fill that void giving golfers the tools to get a handle on every aspect of their in-round performance.

Both systems work by planting sensors in the butt end of the grip of each club in the bag in the service of compiling reams of statistical data—everything from fairways hit, sand saves, and greens in regulation to drive dispersion charts for quantifiable evidence of how often your slice is getting you in trouble.

The earlier to market Game Golf system requires you to wear a sensor on your belt and tap it with your club before each shot to make sure it registers whereas Arccos runs on auto-pilot.  The Billy Horschel endorsed tracker hooks into an iPhone app to record every club hit.  Both systems give golfers the ability to relive rounds shot-by-shot and paint vivid pictures of how every facet of your game contributes to your final score.

In the Fitbit age, there’s a ravenous appetite for this kind of personalized data.  The insight gained is invaluable to improving a golfer’s game and influencing on-course decision-making.  If you play better, you better believe you’re going to want to play more.

I just started dabbling with Arccos and it’s habit forming.  Aside from the robust array of stats it collects it also completely automates your scorecard scribbling so you never have to pick up that tiny pencil to add up your score.  Other features that’ll really help you get in touch with your golf game once you’ve logged a few rounds are: the ability to track average distance hit with each club and the ability to peruse your personal bests in a trove of categories from longest drive to most one-putts and even pace of play.