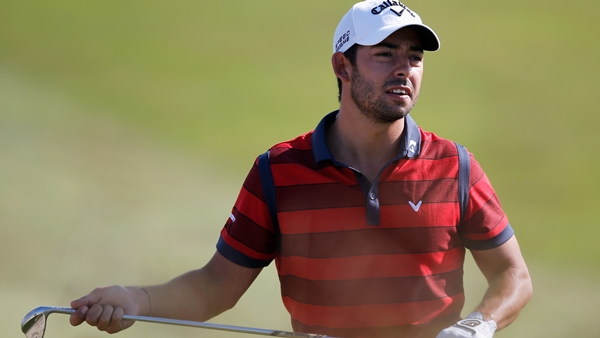 ZANDVOORT, Netherlands – Pablo Larrazabal broke the course record at Kennemer Golf & Country Club on Friday, shooting an eight under 62 to take the lead at the halfway stage of the KLM Open at 10 under.

The Spaniard got off to a blistering start, birdying his first six holes, and did not drop a shot until a bogey on his 17th hole of the day, the par three eighth. He followed that with another birdie to break the Kennemer Golf & Country Club course record by a shot and go to 10 under after two rounds.

The red-hot opening had Larrazabal thinking about shooting a 59.

“I knew I had to make five more birdies to reach that magic number,” he said. “Maybe I put too much pressure on myself.”

Romain Wattel of France also got off to a strong start on the back nine with four birdies on his way to a five under 65 to take him into second place, level with Edoardo Molinari, who recorded his second consecutive round of 66 to put him two shots behind Larrazabal.

Defending champion Joost Luiten struggled to a level par 70 – mixing three birdies with as many bogeys – to drop to a tie for seventh, five shots off the lead.

“I wasn’t quite sharp enough. I hit the ball too far from the flags,” Luiten said. “Then you have to make long putts and I didn’t do that.”