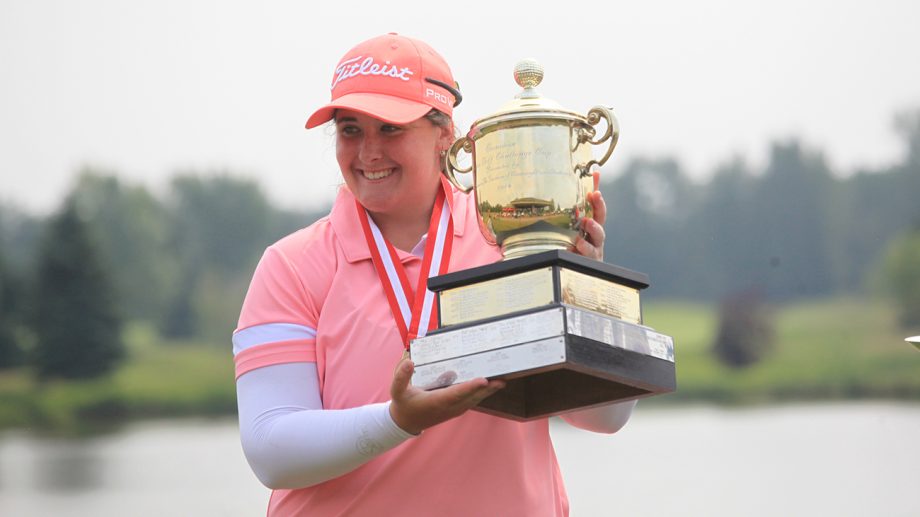 SPRUCE GROVE, Alta. – Lauren Zaretsky of Thornhill, Ont., shot a final-round 70 on Friday to win the 107th Canadian Women’s Amateur Championship at Edmonton Petroleum Golf and Country Club in Spruce Grove, Alta., as the only player in red numbers.

She finished two strokes ahead of recent Canadian Junior Girls Champion Nicole Gal of Oakville, Ont., in second at even par.

Zaretsky, who plays out of the Ladies’ Golf Club of Toronto & Maple Downs Golf & Country Club, credited a combination of her putting and driving for her final-round 70 and said her plan going into the round was to stay focused and commit to every shot.

With the win, Zaretsky receives an exemption into the 2021 U.S. Women’s Amateur held Aug. 2-8 at Westchester Country Club and the 2022 CP Women’s Open at Ottawa Hunt and Golf Club.

“I’m really excited for the CP Women’s Open,” said Zaretsky. “That’s something that I’ve been watching since I started golf five years ago.”

Team Canada National Amateur Squad members had a strong showing with Mary Parsons of Delta, B.C., finishing in 10th at 5 over, Noémie Paré of Victoriaville, Que., tied for 8th at 4 over and Sara-Eve Rhéaume of Quebec City tied for 5th at 3 over.

The National Junior Squad members in the field found success as well, as Gal finished runner-up and Arora behind her in the tie for third while Jennifer Gu of West Vancouver, B.C., finished right behind them in the tie for fifth at 3-over.