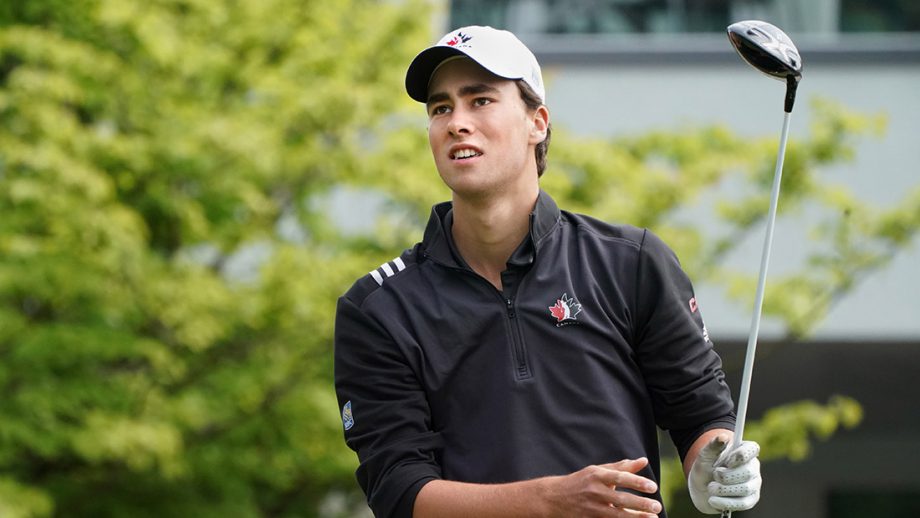 CALEDON, Ontario—An early double bogey by 18-hole leader Laurent Desmarchais gave the impression that the amateur was not ready to maintain his lead at the Canada Life Series season finale at TPC Toronto at Osprey Valley’s Heathlands Course. A clean scorecard after that opening miscue suggested otherwise. Following his early wobble, Desmarchais made six birdies and 11 pars to shoot a second-round 67 to go with his opening 62 that left him at 13-under overall and two shots ahead of Hugo Bernard and Joey Savoie with 18 holes to play.

The fun really began for Desmarchais when he made the turn. He was 1-over for the day stepping to the 10th tee, Heathlands’ No. 1. It was a nine where he had gone low a mere 18 hours earlier, shooting a 29 in the opening round.

“I just love this nine. I got on the first tee box and was like, Let’s shoot another 29,” the 19-year-old said. “I started with four birdies and one chip-in and lipped out really hard on No. 5, and I knew it was a really good start.” In actuality, it was getting late in Desmarchais’ round when he made his fourth consecutive birdie, righting the ship. He added one more birdie, on the par-3 eighth, his second-to-last hole.

No putt, Desmarchais, a Golf Canada Junior Squad Member, said, was more important to his round than the birdie he rolled in on his fourth hole immediate after the double bogey. “It was like a 40-footer, and that was really big for my confidence,” the teenager added. “I haven’t been in contention in this kind of event so far, but I was kind of close in my first [Canada Life Series tournament] at Bear Mountain. I just need to keep going and give myself a lot of chances [Friday].”

Savoie remained in contention with his Desmarchais-matching 67 that included only one bogey. “I think it’s a fun course to play, and if the wind is blowing it can play totally different. I like those types of courses,” he said.

Bernard opened with a birdie at No. 1, bogeyed No. 2, ended up birdieing three of the Heathlands Course’s four par-5s and made nothing but birdies (eight) and pars (eight) after that on his way to a day’s best 63.

Overall points leader Yi Cao didn’t hurt himself Thursday but could never gather any momentum, shooting a 2-under 69. He will begin the final round at 6-under and tied for 16th, a stroke behind Albert Pistorius. The South African, a mere 18 points behind Cao in the points chase, shot a 3-under 68 and is tied for 12th. Evan Holmes, the only other player who going into the week could have mathematically won the points title, shot a second consecutive 71 and is tied for 54th.