Lawrie out of his own Match Play tournament 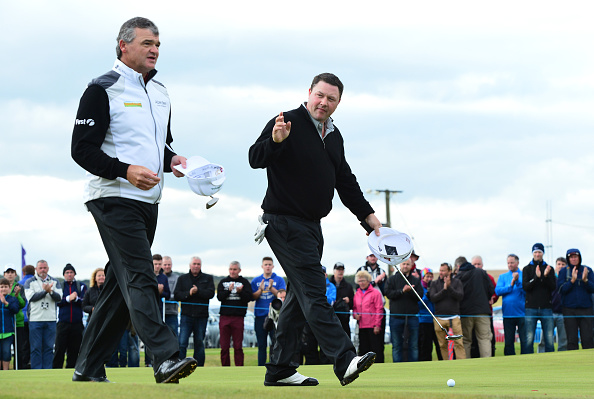 ABERDEEN, Scotland – The inaugural Paul Lawrie Match Play lost its top-seeded player and the tournament host at the last-32 stage on Friday.

No. 1-seeded James Morrison was beaten 2 and 1 by Johan Carlsson, who will play fellow Swede Robert Karlsson in the last 16.

Paul Lawrie, the 1999 British Open champion, will spend the rest of the event in the sponsor’s pavilion after losing by 1 hole to Scottish compatriot Chris Doak.

Doak next will play David Howell, who had a 6-and-4 victory over David Drysdale in the most comprehensive win of the second round.