Learning to be a better person through golf 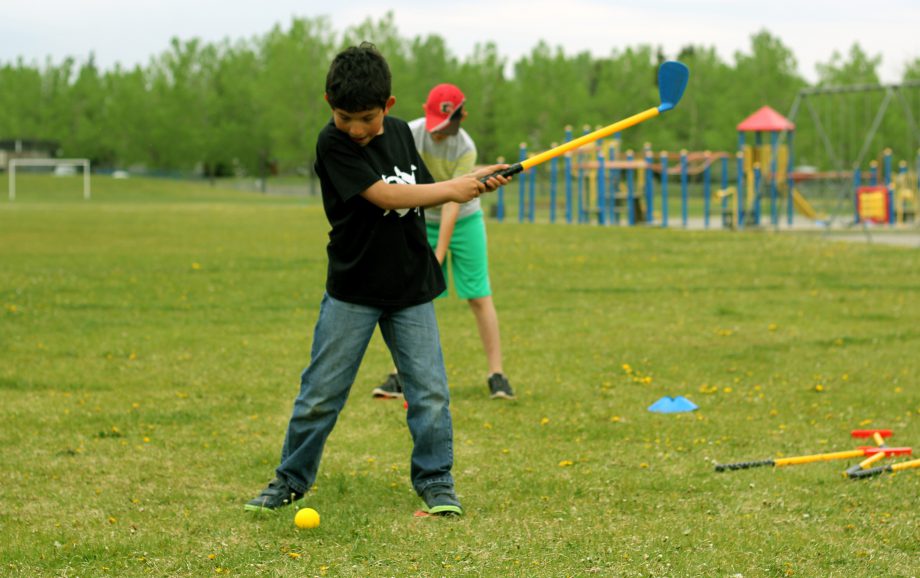 It is an inspired program that has the power to change lives—to send youngsters on a path to golfing stardom or to simply introduce them to a previously unforeseen athletic pursuit; to nurture confidence in a withdrawn individual and to instill the game’s greatest virtues at a key time in a student’s personal growth.

The (GIS) program has signed up more than 2,700 schools representing more than 315,000 students, but there are gaps that need to be filled as the program prepares for its next stage of evolution, the most prominent being with the end user.

For most of the year—and in many cases for years following a program’s initial implementation—equipment and teachers’ manuals sit dormant in gymnasium storage rooms. That’s not to say the responsibility lies entirely with the schools.

“We need more people, which is the answer to many of the challenges we have in growing golf,” explains the Golf Association of Ontario’s Executive Director Mike Kelly. “It’s the missing piece to what will allow programs like CN Future Links or Golf in Schools to take flight, or in growing the sport in general, for that matter—that we don’t have the infrastructure at the community level to support it.”

Within that framework, however, both Kelly and Golf Canada’s Chief Sport Officer Jeff Thompson see a need for volunteers to take the lead within their respective communities.

“The next step is creating relationships with schools and connecting them with local golf facilities,” says Thompson. “But that’s a big job to even expect from provincial associations.”

Consequently, Golf Canada is seeking to leverage the Community Golf Coach training program, which was designed in partnership with the PGA of Canada and the Coaching Association of Canada. “We also need to identify community ambassadors who have an interest and passion to support schools running a GIS program and who can connect to golf facilities,” Thompson adds.

Those community golf coaches can come from non-PGA members, notes Thompson. “Members of golf clubs who might be retired can take the community golf coach training, which arms them with the resources and intelligence to make them comfortable to go into schools and establish a relationship with the facility and the teachers, and help ensure that the roots run deep and that the program will continue over time.” The first of those community ambassadors will be Grant Fraser, founder of the Golf Management Institute of Canada and professor of the Professional Golf Management (PGM) program at Niagara College.

“We’re going to pilot an initiative where he goes to four or flve facilities and talks to them about how he’s planning to create golf communities, linking schools with golf facilities that are keen to get involved,” Thompson explains. “It would be great to have one of him in every 40-kilometre radius!” Fraser, whose third year Niagara College PGM students have conducted annual fundraisers for the past four years, raising an estimated $7,500 in adopting 11 Niagaraarea schools, is a natural and enthusiastic flt.

“My students take pride in helping to grow the game,” he says. “Up until now I’ve been satisfied doing that, but it’s not enough. Going forward, I want to have my students help introduce the program to the schools—to physically go there and help the teacher get the equipment into the hands of the kids.”

Other similarly impassioned individuals can be found throughout the country, from Hughendon Golf Course owner Lee Cooper offering free golf to students aged 13 and under at neighbouring Amisk Public School in rural Alberta, to Chris Veltkamp, founder and director of the Play Golf Junior Tour and athletic coordinator and Phys. Ed. Teacher at St. Mary St. Cecilia in Morrisburg, Ont., who has been providing golf to schools he’s worked in for 10 years, including developing a rudimentary four-hole golf course in a empty lot beside his current school. And there’s P.E.I. Provincial Golf Coach Dallas Desjardins, a legendary Golf in Schools and junior golf supporter, and Wayne Allen, head pro at Blomidon GC in Corner Brook, Nfld., who has recruited 16 schools in Newfoundland and Labrador. The list goes on, but many more—particularly at the community level—need to step forward if Golf Canada’s ambitious plans are to bear fruit.

No one is more passionate about addressing that issue than Kelly, who developed Canada’s first Golf in Schools program in 2001 at Ontario’s Dufferin-Peel Catholic District School Board.

Kelly’s plan of attack involves creating new zones within Ontario, the purpose of each to grow local participation. “Each zone will be a combination of all of the partners in Ontario: the GAO, Golf Canada, the National Golf Course Owners Association, the PGA of Ontario, Ontario Golf Course Superintendents and Canadian Society of Club Managers. Golf Barrie is going to be the pilot. Now we have to recruit more people like Grant, who are passionate about Golf in Schools, can get out into the community and talk to the teacher once a month and be part of the program and give teachers reasons to do it.”

Making the game more visible and accessible is key to the plan, Kelly says. “Part of the challenge is that you don’t see golf anywhere but at a golf course. There’s a fear of what’s ‘over there.’ We need to make it part of community events. Golf in Schools is a ‘try’ activity. Then we can move it to the ‘learn’ side of things. If we can get people to play golf, they’re going to enjoy it and get hooked.”

Funding the program is also a continuing focus. Currently, two-thirds of all new GIS participating schools are the result of ‘adoptions,’ whereby an individual or corporation donates to bring the program to the school. Golf Canada is consequently actively pushing further support by including it in corporate sponsorships. One example is the PGA Champions Tour’s Shaw Charity Classic, which, since its inaugural event in 2013, has made an annual $5,000 Golf in Schools donation to Alberta Golf. The association has, in turn, divided the funds into $300 parcels and donated them to multiple schools throughout the province.

Another high-proflle supporter is PGA TOUR player Graham DeLaet, who has adopted 37 Saskatchewan schools, including four in his hometown of Weyburn, through funds raised by the 2013 Graham DeLaet Charity Golf Classic, an event conducted in conjunction with Golf Saskatchewan. The contribution pushed the GIS program participation to more than 70 per cent of the province’s schools.

Golf Canada is making additional strides to explore the potential of the program. “This year we piloted an initiative around a Golf in Schools pass to 23 facilities around the country (who had made connections with schools),” says Thompson. “Those facilities can give the passes to kids to come back to their driving range to receive a free bucket of balls. The feedback we received has been positive— that those kids are not returning alone but bringing an adult or their brothers or sisters.

“And with the new Life Skills curriculum and intermediate schools program, two significant layers have been added this year,” Thompson notes. “Next year we will put together an evaluation process to see how the Life Skills curriculum is resonating with the schools.”As Kelly and Thompson point out, if the foundation can be improved and a community infrastructure added, the sky is the limit for Golf in Schools, not to mention other developmental programs. “We have more to offer families than any other sport,” says Kelly. “What we’re talking about is a massive change that will take time, but we need to start doing something. We can’t just sit and wait for people to come through the door.”

To learn more about Golf in Schools, visit www.golfinschools.ca.