Learning to be a better person 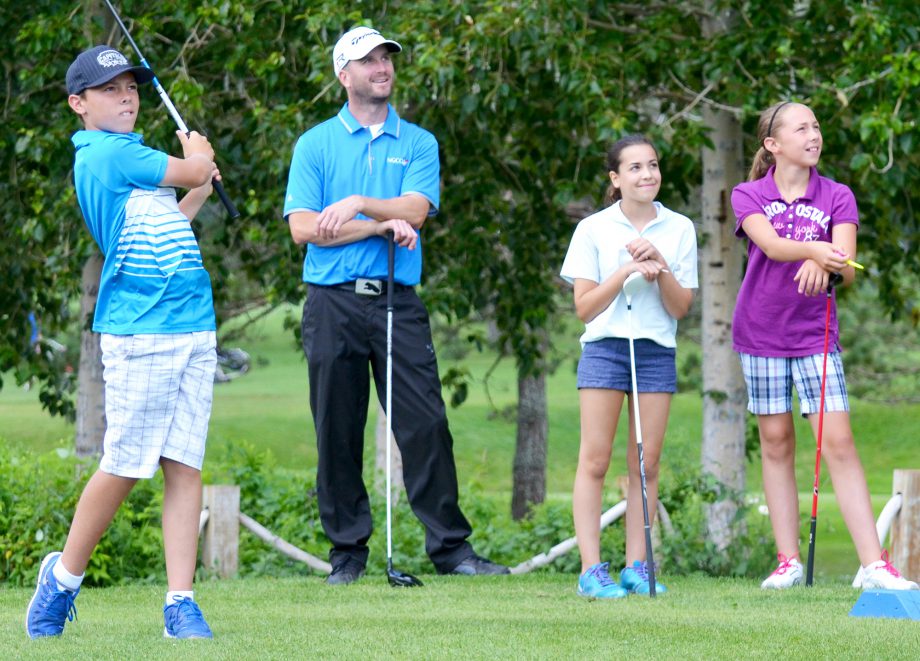 When his ball supposedly moved in the long grass aside the 11th green of Massachusetts’ Worcester Country Club at the 1925 U.S. Open, well beyond the vision of everyone but the man standing over it, Bobby Jones called a one-stroke penalty on himself. Commended for his honesty, he famously retorted, “You might as well praise me for not breaking into banks. There is only one way to play this game.”

You don’t hear a lot of that in, say, football, soccer or hockey, or a myriad of other sports rife with cheating, abuse of officials and the unobstructed pursuit of winning—where bending the rules is considered more of an art than a breach of etiquette.

Golf is different. Its core values of honesty and integrity are — to the vast majority of its competitors — as natural a law as gravity; that’s one of the things that makes Golf in Schools a unique learning tool. Beyond the athletic elements incorporated in the program, Golf Canada is about to ingrain the morality and virtues of the game into a curriculum that reaches an estimated 306,000 students at 2,700 elementary and secondary schools nationwide.

“We partnered with the University of Ottawa to develop a life-skills, core-values component that will be integrated into Golf in Schools program this coming fall,” explains Jeff Thompson, Chief Sport Officer with Golf Canada. “I think that addition to the program will be a game-changer for us—something that goes beyond learning the simple skills of the sport. One of the umbrella pieces is sportsmanship—the ideas of honesty, integrity and perseverance. The learning experts are saying, ‘It’s not a case of sitting the kids in a circle and talking about honesty; it’s how you build it into the activity.’ That’s how you get kids to actually learn about it.”

Dr. Tanya Forneris is an associate professor in the School of Human Kinetics at the University of Ottawa, and one of the architects of the Golf in Schools enhancement.

“We don’t really look at athlete performance, it’s more about how we can make sport a context that really facilitates or enhances the development of youth, as opposed to being a negative experience that leads to dropout and burnout,” she explains.

“The point was also how to best design the program to enable coaches to help their athletes strive,” adds Forneris, whose expertise is in positive youth development and community programming through sports. “By integrating the skills of focus and perseverance into the Golf in Schools program and by intentionally having certain activities to practice these attributes—having teachers talk about them and show how they can be transferred to school or home—the student can employ these life skills not only to improve their results on a school assignment or test, but in all areas of life. Students come away from the program not just having developed some good golf skills, but also having the life skills to succeed in other domains.”

“It’s a logical direction for Golf in Schools because it follows from their CN Future Links Learn to Play program, which we run at the golf club,” says Desjardins. “Parents are amazed at the results of that program. They really appreciate the fact that current golf programming through Golf Canada teaches so much more than just golf skill. Participants learn relaxation and visualization skills, goal setting and etiquette, which is really proper behaviour in groups, and, of course, honesty and integrity.

“I am finding that after people get an introduction to golf and the parents hear about the programming, they really enter their kids (into the Learn to Golf program) more for the social development aspect than the golf development,” he adds. “I also hear every year what a blessing it has been and how much their child has opened up since entering in the program.”

Desjardins says that a lot of their discussions and topics are about the values that golf instills, and that’s actually how he markets the junior program.

South of the border, The First Tee, a youth development program founded and funded by multiple U.S. golf organizations, has been introducing golf and all its merits to elementary school phys-ed students through its National School Program since 2004. Its mission: “to impact the lives of young people by providing educational programs that build character, instill life-enhancing values and promote healthy choices through the game of golf.”

There are signs that the mission is working. According to The First Tee Impact Report, released in 2010, 73 per cent of participants reported high confidence in their ability to do well academically. Further, 82 per cent felt more confident in their social skills with peers, while 57 per cent credited The First Tee for their meeting and greeting skills.

There has also been an added administrative spinoff , with a full two-thirds of physical educators noting they have used the Nine Core Values (see sidebar) in other sports and activities they taught beyond the National School Program.

Alberta Golf Association Youth Development Manager Tyler McConachy is among those in the trenches looking forward to the added dimension of the curriculum.

“Golf is a unique game that allows you to put trust in other competitors and vice versa, and to create sportsmanship, honesty and integrity,” he says. “Growing up, you appreciate that the only person you’re cheating is yourself. This (addition to the curriculum) will give us a great opportunity to go back to the schools we’ve previously visited and go over things with them, including the rules of golf—what you should and shouldn’t do—similar to those elements already being employed in the CN Future Links Learn to Play program, where the pros spend time with each kid and show them the importance of keeping the correct score, being honest and helping fellow players if you see them struggling.

“These are the sorts of virtues that transcend all through life,” McConachy concludes. “It’s one of our objectives as instructors—not just to turn out good golfers, but good people.”