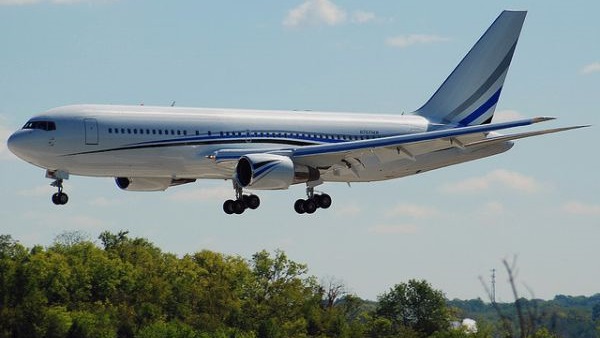 I find myself tucked in the corner of the parking lot of the Royal Liverpool golf club, looking up at the mostly blue skies – a welcomed sight after the horrendous end to yesterday – and the anticipation of a Rory victory has all the fans buzzing as they enter the course. But I am sure that Rickie, Dustin and Sergio have not given up on their quest for the Claret Jug.

I have been here since last Friday, and my role is to co-ordinate the transportation of the players catching the charter flight back to Montreal to play in the RBC Canadian Open, being played at the Royal Montreal Golf Club this year. We have been doing this for eight years now, to help entice players to come back to Canada. Flying on our plane we leave Sunday night in Manchester and arrive home in Canada Sunday night – so the players gain a day back in their life.

We have many top players on the plane with us – DeLaet, Furyk, McDowell, Dustin Johnson, Kuchar, Hearn, Mahan, Schwartzel, Daly and Snedeker to name a few – 23 players in total this year. Ernie Els went home after missing the cut, but is planning to fly his own plane to Montreal on Tuesday.

While what I have to do here seems simple enough, the challenges are different each year – mostly because of the facilities or sizes of the towns. This year, I was not able to get the buses close to the clubhouse at all, creating a huge logistical and trying to keep the players happy. We had to use a field down the road as a staging area, having buses waiting there while we shuttle players from the course to the field so the bus could take them to the private terminal in Manchester. More than any other year, I engaged the help of the R&A and transportation volunteers to come up with the best solution we could. The other challenge I faced was the fact that the driving range was not on site – they used a municipal course down the road and converted a couple of holes into a driving range – very similar challenge that we faced in 2010 at St. George’s Golf Club, where we engaged the assistance of Islington Golf Club to convert a couple of their holes into a range – I put a lot of miles on my feet this week walking back and forth from the range to the putting green.

I come over early and use those pre-tournament days to meet with R&A staff, security, bussing companies and player transportation to work out the best logistical plan – it’s impossible to get done in advance because as the R&A sets up for a tournament, things seems to change on site daily, and I am more of an afterthought for them, not being part of their tournament. They do however provide me with a small trailer or room to use as an office for the week, so players know where to find me, but for the most part, the best place to talk to the players is usually on the range or putting green, but this year there with the range so far away, I tended to hang around the putting green or head over to the chipping area, which was close to the player dining pavilion, where I could catch the odd player entering or leaving from lunch.

A few players start to arrive on the Sunday prior, but most arrive on Monday. My goal is always to touch base with each player that has indicated they are coming to Canada by the end of day Wednesday. I spent most of my day standing around the driving range on Monday, watching players hit balls, waiting for the guys I need to speak to. But with the distance of the range, many players just passed that step and hit some putts before playing a few holes, so I had to change my strategy. Each year it gets easier for me as players recognize me and find me before I see them. For those I don’t know, I need to go through a full introduction, and for others it’s just a quick hello and a handshake.

By Saturday at noon, I need to send a final manifest to Canada customs which has all the passport information from the players. Sometimes getting all the information I need becomes more difficult than it should be. And player’s plans change regularly – whether it’s an injury, or missing the cut here and deciding to go see their family before heading to Canada. The charter is definitely a popular selling point to attract players into our field – many would not make the trek to Canada after playing over here if there wasn’t this charter service.

On Sunday, we will start shuttling people around 4:30 so that we are out of here when play ends – there are so many spectators, we need to avoid the mass exodus as best we can. The last player teeing off that we have in our field is Dustin Johnson, so either I will drive him to the airport, or I will ask player transportation to bring him so I can get away before the mass exodus of fans.

We are flying out of a private terminal at the Manchester Airport. We have arranged for a hospitality service at the terminal as a holding place until we are ready to board, so players will be able to relax there and watch the final few holes on a projected screen and enjoy the catered food and drinks, having already cleared security. Once the golf is over, we will start boarding, and hoping to leave around 9:00 pm or whenever I get there with Dustin. The plane is a 767, owned by Mark Cuban (Dallas Mavericks owner) which has been retrofitted with only 100 first class seats. Once on board we get hors d’oeurves and a meal is served shortly after we leave.

Once we get to Montreal, we will clear customs on the plane by special arrangement and then player transportation will be ready to give rides to all of the passengers to their final destinations.

I hope to see you at The Royal Montreal Golf Club for the 2014 RBC Canadian Open.