Lee leads Thompson by one stroke at Evian 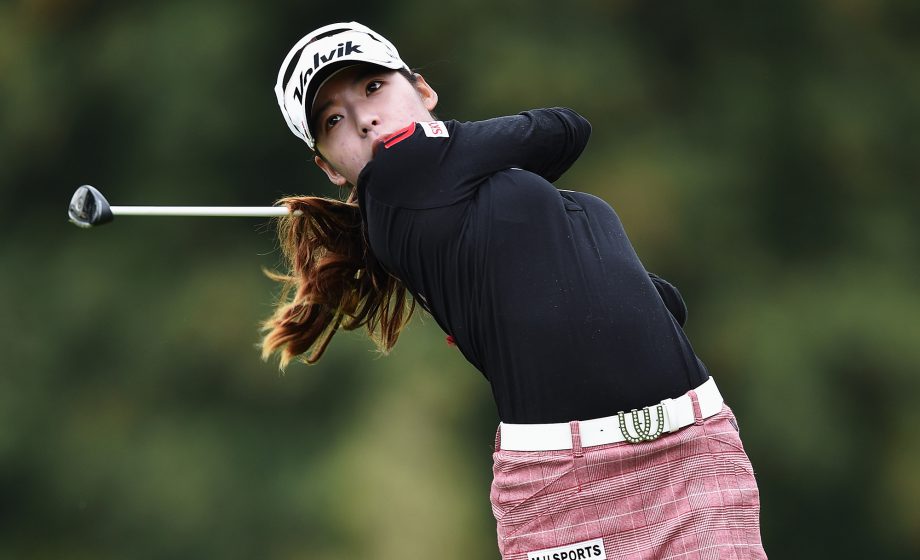 EVIAN-LES-BAINS, France – Mi Hyang Lee retained the lead in difficult weather in the third round of the Evian Championship on Saturday, as teenager Lydia Ko remained in contention to become the youngest player to win a major.

Chasing her first major, Lee was paired with Morgan Pressel (71), and they went toe to toe until the par-4 18th hole, when the American double-bogeyed after landing her second shot in water.

They played their final six holes in rain, wind, and gloom.

Pressel shares third place with Ko, two shots off the pace. The 18-year-old Ko shot a 67 and is pursuing her last chance to become the youngest woman to clinch a major. If she wins on Sunday, Ko will surpass Pressel, who won the Kraft Nabisco Championship at 18 years, 10 months, 9 days back in 2007.

“Obviously, this is my last chance,” said Ko, about five months younger. “I’m just going to give myself a good chance tomorrow.”

Many still have a good chance on the foothills of the Alps, with only five shots separating the 11 best players heading into the final round.

Meanwhile, top-ranked Inbee Park, seeking a career Grand Slam, made four birdies but struggled on the back nine with three bogeys for a 70. She was on 2-under 211, eight shots off the pace, with Michelle Wie (70).

Wie sank a 25-foot putt on the par-5 9th for her first eagle of the tournament.

With more bad weather expected on Sunday, players will tee off on the first and 10th tees in groups of three for the final round, with Lee of South Korea, Thompson of the U.S., and Ko of New Zealand together in the final group.

Ko, who started four strokes off the lead, produced five birdies but bogeyed the 18th for the third consecutive day.

“It was not the easiest of up-and-downs on 18, but I have not played the 18th hole well this week,” she said.

Many players were caught off guard by the bad weather, with Pressel getting some help from a TV channel employee who ran to her locker to bring her a rain jacket.

Thompson, who mixed six birdies with a sole bogey on the par-3 16th, relied on her dad to bring her an umbrella with four holes to play.

The round began under blue skies, and Pressel immediately applied pressure on Lee with a birdie on the par-4 first hole. Lee could not match her, conceding two consecutive bogeys on the course looking over Lake Geneva.

Lee had another bogey on the par-3 14th but emerged from the round with four birdies and a superb par-putt on her final hole.

Pressel put herself in trouble on the par-5 9th, driving her ball onto a rough patch of grass below the fairway. She missed her putt from the edge of the green to drop her first shot. She said her double bogey on the final hole was probably due to a bad choice of club, a 4 hybrid, for her second shot that found the water.

“It’s just the grass was so wet that it did not get up in the air,” she said. “I thought I could hit the shot.”

Amy Yang was tied for fifth place, three shots behind Lee, after a flying start with an eagle on the first hole, which she bogeyed in the second round.

A broad smile illuminated the South Korean’s face when she realized her shot landed straight in the hole. The U.S. Open runner-up high-fived her caddie and continued her surge back among the top five. She sank a birdie-putt on No. 3, and picked up one more shot with a 15-footer on the par-4 4th. But Yang also bogeyed three holes and finished with a 68.

Brooke Henderson of Smiths Falls, Ont., finished the day at 1-over 72 to move into a tie for 41st place. Hamilton, Ont., product Alena Sharp posted a 75 and is tied for 51st.