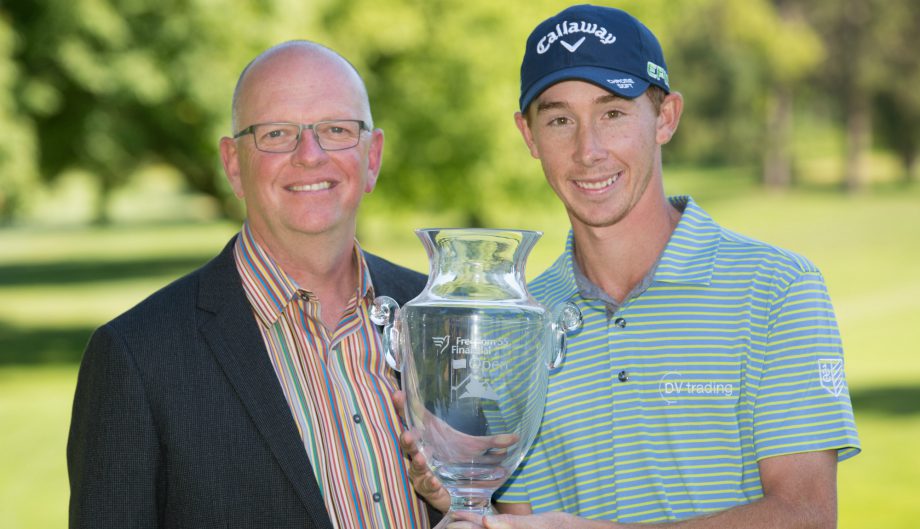 McCoy, a former amateur and college star at the University of Georgia, shot a final round 6-under 66 to turn a three-shot overnight lead into an eight-shot win over Mequon, Wisconsin’s Jordan Niebrugge and Lexington, Kentucky’s Hunter Stewart.

“This is certainly one of the most memorable weeks in my life,” said McCoy. “To play in front of a crowd and with this many good players is certainly special. I knew nobody was going to lay down out there, and to get away by as many as I did was something I could have never predicted.”

Beginning the day with a three-shot advantage over fellow competitor Scott Vincent, McCoy wasted no time in setting the tone for the day, making birdie at the first and turning in 3-under on the front nine to lead by four.

With none of his chasers able to mount a charge, the 23-year old McCoy continued to pull away and birdied his final two holes to reach 20-under par for the week and win by eight, representing the largest margin of victory ever on the Mackenzie Tour.

“People don’t understand how good the players are on this Tour. There’s so many good players in this field, and I knew I had a tall task today with Scott in my group, and Niebrugge and Jake (Knapp) right behind me. Those guys have so much firepower and they’re all very accomplished players,” said McCoy of his pursuers.

For McCoy, the win represents a sharp turnaround in his fortunes from the end of 2016, when he broke his wrist in two places in a car accident before the Second Stage of Web.com Tour Q-School. Now, he’s one step closer to earning Web.com Tour status for 2018.

“It sure beats sitting on my couch, I can tell you that,” said McCoy with a laugh. “My goal is to try to simply win as much as I can. I’m 1-for-1 I guess, but you certainly can’t win every week with this many good players, but I’m going to try to win as many times as I can.”

With a 7-under total and a T20 finish, Sarnia, Ontario’s Matt Hill earned Freedom 55 Financial Canadian Player of the Week honours and a $2,500 prize.