Lee wins Kia by tying tournament record at 20 under par 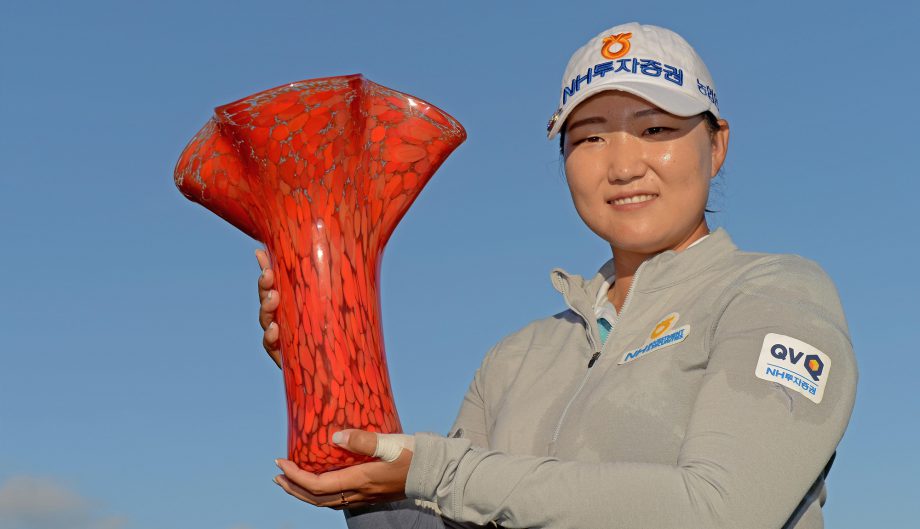 CARLSBAD, Calif. – Mirim Lee took the lead into the final round of the Kia Classic two years ago and was overhauled by Cristie Kerr, who won with a tournament record of 20-under.

Lee had the 54-hole lead again this year, and she wasn’t about to let anyone catch her.

Lee, of South Korea, shot a 7-under 65 to win by six strokes Sunday and tie Kerr’s tournament record.

It was her third LPGA Tour victory and first since winning two titles in 2014, her rookie year.

She played a bogey-free round at Aviara, with birdies on each of the odd-numbered holes on the front nine to reach 18-under.

Lee twice just missed putts that would have put her at 21-under. She left an eagle putt short on 16 and then rolled a 40-foot birdie putt even with the hole on 18.

She was so far ahead, she wasn’t tempted to think about the lead she lost in 2015.

“I just thought I didn’t play very well at that time. Today, I tried not to think about it,” she said.

Lee was doused with water by fellow South Koreans Mi Jung Hur and In Gee Chun.

“Only the winner can enjoy the moment so it was very special,” said Lee, who came into the final hole with a one-shot lead over Hur.

If Lee wins the season’s first major next weekend, the ANA Inspiration at Mission Hills in Rancho Mirage, she can get another wet celebration – by jumping into Poppie’s Pond.

Lee “was at 20-under. I knew at that point you’re basically playing for second place unless she does something coming down the stretch,” Ernst said. “I think Mirim had a good lead all day. She played really good golf. Your entire game needs to be solid here.”

Said Ryu: “It’s really great to see Korean players keep playing well. Also, I always feel very proud to see many Korean companies sponsoring the LPGA tournament. We just have a kind of like responsibility to play well on the LPGA. Hopefully a lot of fans are having a lot fun to watch her play. Yeah, if another Korean girl is going to win the tournament, hopefully next one is going to be me.”