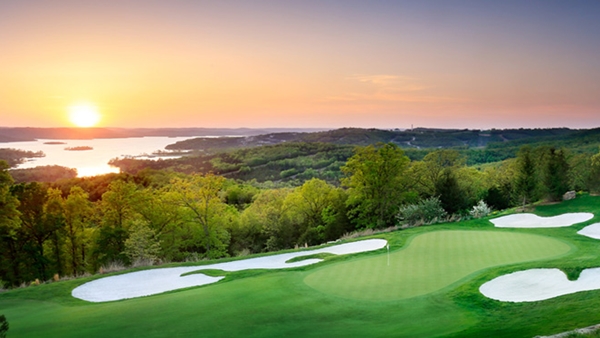 Top of the Rock at Big Cedar Lodge Resort

RIDGEDALE, Mo. – Thirty-six years ago, the first Legends of Golf was such a hit that it sparked interest that led to the creation of the senior tour. The Champions Tour event is still breaking ground.

For the first time in a PGA Tour-sanctioned tournament, a par-3 course is being used. The Jack Nicklaus-designed Top of the Rock at Big Cedar Lodge Resort is no ordinary par-3 layout.

The Champions division will play 18 holes on the par-3 course Sunday, the first nine under foursomes and the second at fourball. The Legends division for players 65 and older will play nine holes of fourball.

The opening 36 holes for both divisions will consist of a fourball round on the regulation Buffalo Ridge course and two nine-hole rounds (foursomes and fourball) on the par-3 course.

Watson noted the foursomes – or alternate-shot portion – of the format.

“Plus, we’ve got the other thing, the alternate shot,” the Ryder Cup captain said. “That’s never been played officially in any PGA Tour tournament. It is in the Ryder Cup and Presidents Cup, but for official money for the Champions Tour, no, it’s never happened before.”

Nicklaus is teaming with Gary Player in The Legends division.

“I’m kind of interested in the format, really,” Nicklaus said. “I think the format using a par-3 golf course is different, something unique.”

Last year, Jeff Sluman and Brad Faxon teamed to win in Savannah, Georgia, edging Fred Funk-Mike Goodes and Kenny Perry-Gene Sauers by a stroke in fourball play. Sluman is playing alongside Funk this year, with Faxon unable to play because of a prior commitment.

“It will be interesting how this all unfolds,” Funk said. “I think marketing-wise it’s probably a great idea because you’re trying to get the concept where people can come out and play a par-3 golf course, and this is not your normal par-3 golf course.”

Mark Calcavecchia noted that the bags will lighter.

“You leave your woods in the car,” Calcavecchia said. “You just bring your 4-iron through sand wedge and it’s just a different feel. It’s going to be fun, but it’s weird not being able to take your frustration out and bash a driver as hard as you can. It’s like, `Oh, God, another 8-iron or wedge or something.'”