Levelwear adds to their TOUR staff for 2020 and beyond 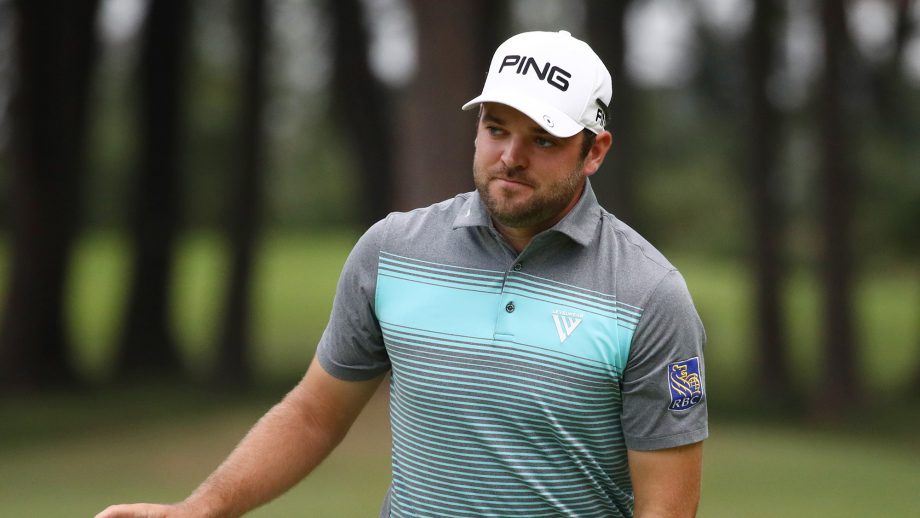 Talor Gooch, the former Oklahoma State Cowboy and graduate of the Canadian Tour in 2016 has signed a multi-year agreement and will join a growing stable of young and talented PGA Tour Athletes. The agreement will see Gooch wear Levelwear’s premium collection of polos, pullovers, and pants while teeing it up each week on Tour.

“While playing the RBC Canadian Open in 2018, I had the pleasure of meeting and playing the Pro-Am with members of the Levelwear Executive Team. That was the start of a relationship that led to our multi-year partnership.  The product is modern, clean and fits great and is extremely comfortable to play in regardless of the elements. I’m excited to become part of the Levelwear family.” – said Gooch. Gooch played this past week in La Quinta, California at The American Express finishing T16.

Corey Conners who won for the first time on Tour in 2019 when he captured the Valero Texas Open has resigned a multi-year agreement. The Canadian had a stellar 2019 season that saw him make the Tour Championship where he finished tied for 26th.  Currently 56th on the Official Golf World Rankings, Connors has been a key member of the Levelwear family since the 2017 season.

Ryan Brehm who played college golf at Michigan State University where he won 5 times and who helped lead MSU to 3 Big Ten Championships, has also resigned.  Brehm finished T4 at The American Express this past week.

Zanotti has 6 professional wins and 2 European Tour wins with the last one coming in 2017 at the Maybank Championship. Zanotti turned professional in 2003 and played last weeks Abu Dhabi HSBC Championship presented by EGA.

Taylor Pendrith had an incredible year on the Mackenzie Tour Canada in 2019.  The Canadian played in all 12 Mackenzie Tour events, making 10 cuts, registered two wins and six top-10 finishes overall.  He finished the year number 2 on the Order of Merit to earn membership on the Korn Ferry Tour. He also won the Canada Life Canadian Play of the Year Award for the second time in his career.  Pendrith has been a member of the Levelwear family since turning professional.

As key members of the LPGA Tour, Levelwear is excited to have Kristen Gillman and Amy Olson join the company.  The women will wear Levelwear’s premium collection of polos, pullovers, shorts, and skorts.

Gillman is currently ranked 45th on the Rolex Women’s World Golf Rankings.  She made 22 cuts in her rookie campaign in 2019 with a career-best T3 at the Buick LPGA Shanghai event.  Her successful rookie season saw her finish second in the Louise Suggs Rolex Rookie of the Year standings.

“I’m thrilled to join the Levelwear family and be an ambassador for the company.  I’ve never felt more comfortable on the golf course in terms of both style and performance, and I am so proud to represent the brand.  Whether I am competing to hold up a trophy, training in the gym, or traveling between tournaments, Levelwear has a full line of golf and athleisure clothes to make sure I am always on my game and look great while doing it,” said Gillman.

Olson is currently 66th on the Rolex Women’s World Golf Ranking.  She turned professional in 2013 after her collegiate career at North Dakota State University where she won a NCAA record 20 collegiate events.  Her best professional finish was in 2018 with a T2 at The Evian Championship. By the end of 2018, she posted a career-best 4 top 10 finishes in 24 starts.

Sandra Gal has been part of the Levelwear family since 2016 and has resigned. After a 2019 season that had her taking a medical leave after being diagnosed with dormant Lyme disease, she is looking forward to playing a full schedule in 2020.

Levelwear President, Hilton Ngo remarked “Supporting golf at all levels is a strategic priority.  We are thrilled that we can continue to add world-class athletes that enhance our brand initiatives”. We look forward to celebrating their successes during the Tour season.”

These signings signify the rapid assentation to the upper echelon of the golf apparel landscape for Levelwear. Levelwear athletes on Tours now total 26 globally and relationships with; the PGA Tour, the PGA of America, Golf Canada and sponsorships of several top events on Tour like the newly established Rocket Mortgage Classic, The Houston Open, The RBC Canadian Open, the CP Women’s Open and the Shaw Charity Classic among others, Levelwear will have a retail presence at roughly 23 events. Additionally, Levelwear maintains strong retail relationships with roughly 80 of the top 100 golf clubs throughout North America and can be found at top clubs and resorts from coast to coast.