Levelwear has you covered both on and off the golf course 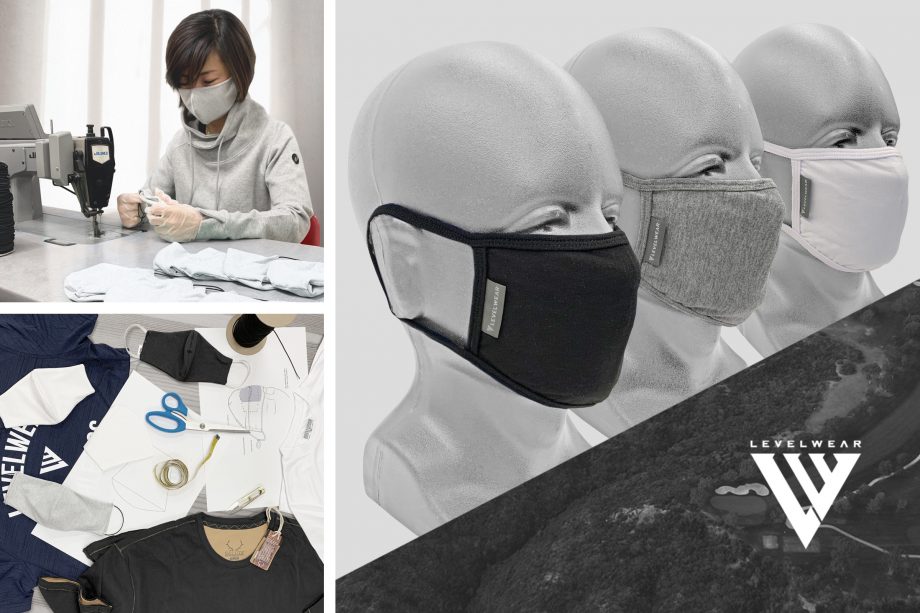 Fairly early on in the pandemic there was an evident need for facemasks, says Saunders, so Levelwear started by creating masks by reengineering existing garments, like some of its t-shirts. The demand continued to grow so Levelwear used its sourcing channels to product high-quality face coverings and began to sell them, says Saunders, and created an initiative.

It donated roughly 40,000 facemasks, all-told, and raised more than $200,000 for various charities, organizations, and small businesses.

“Talk about a sense of pride,” says Saunders. “That was a whole other level. “We had this realization that doing some of the little things… you can have a bigger cause.”

With some early success with the NHL and its Toronto bubble, Levelwear has become the Official Face Covering of the league – no small feat for the Toronto-based business, which still considers itself medium sized.

“There’s that sense of pride again for us, and another opportunity. All coaches, players, all training staff, all in-arena and not on ice are to be wearing the product. We’re seeing a lot of exposure and recognition,” says Saunders of the teams rocking its Guard 3 face covering.

Even with the impressive business pivot through 2020, Levelwear is going to shine even brighter on the golf course in 2021 thanks to some renewed commitments to quality. There are two distinct style approaches for men and women in 2021, but both are rooted in a couple of key philosophies – modern athletic and premium leisure.

“You’ll notice Levelwear, who has always been strong in the pullover category, has made marked improvements in its polos. There is more attention to detail – cleaner collars with stays, extra button details, and laser-fusing instead of stitching. It’s an elevated polo,” Saunders says. “That same effort for men’s polos will be reflected in women’s golf stuff as well. You’ll see a lot of impressive prints, modern colour selects, and closet-staple pieces that will enhance any golfer’s wardrobe.”

“Traditionally a lot of people have just thought about ‘casuals’ as t-shirts and sweatshirts, but we’ve taken a more sportswear approach to this kind of product category. We’ve elevated product. It’s stuff you’ll feel comfortable in if you go out. It doesn’t feel like you’re sloppy, it feels like you’re well-prepared,” says Saunders of the Levelwear line that actually started, conceptually, three years ago.

“We were starting to see it on the professional athlete side… now for the everyday person, it’s trickled down to them.”

For women, Saunders says the Verve by Levelwear line is hitting a fever pitch in terms of popularity. It’s a transitional line – think going to the gym, home from the gym, and working from home – with more prints, premium fabrics, and attention to detail.

While Levelwear has golfers covered both on the course and off – whether you hit them like Corey Conners and Sandra Gal or just a weekend warrior – it’s also trying to ride a ton of momentum from 2019, when it made a hearty impression on some of the biggest golf events in the world. Levelwear has partnered with 17 PGA Tour events, and assuming fans will start to return to courses in the near future, Levelwear will be in the retail experiences of the championship management division of the PGA Tour. It took on a sponsorship of the Rocket Mortgage Classic, too, and it has a brand-new, state-of-the-art mobile marketing trailer. Look for that trailer hitting member-guest events and clubs between the Ottawa-to-Windsor corridor in Ontario. It will likely be deployed as a pop-up shop on wheels and Saunders, like tournament organizers, are aiming to have it set up at the RBC Canadian Open, too. Its partnership with Golf Canada, the RBC Canadian Open, and CP Women’s Open, Saunders says, has also been an idyllic one.

Levelwear and Golf Canada has just renewed a multi-year extension of its original partnership agreement, and Saunders says despite 2020’s challenges, the teams have been able to use the extra time to really hone-in on productive ideas for Canadian golfers.

“Golf Canada is in such an incredible position and they’ve just got everything in order from the quality of field to the quality of champions to the addition of concerts and spectator increases… they have everything you would want in a successful event,” says Saunders of both the national professional championships and the amateur events that Golf Canada puts on. “They just seem to be riding this rocket ship, and it’s fun to be along for the ride.”