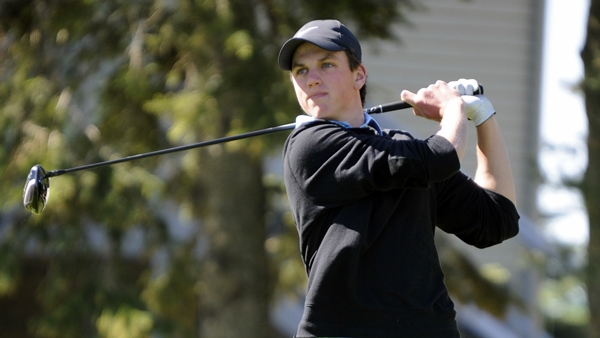 Lewis shot a first round 1-under-par 71 and sits a stroke ahead of Tyler Erb and Bobby Dunphy, who hold a share of second place. Erb, 17, of Toronto and Dunphy, 17, of Antigonish, NS. carded even-par rounds of 72, while Owen Patterson, 17, of Bedford, N.S. and Nathan Peters, 17, of St. John’s, N.L. sit in a tie for fourth after firing matching opening rounds of 1-over-73.

In the Junior Girls Division, Cormier leads by three strokes after a 7-over-par 79. Cormier is followed by Laura Jones, 15, of Berry Mills, N.B. who is second after a 10-over-82, while Charlottetown’s Bailey Carr, 17, sits third after an opening 11-over-par 83.

The Junior Boys champions will earn an exemption into the 2014 Canadian Junior Boys Championship to be contested July 28 – August 1 at the Legends on the Niagara’s Battlefield Course in Niagara Falls, Ont.

The Junior Girls champion earns an exemption into the 2014 Canadian Junior Girls Championship, which runs July 28 – August 1 at Thornhill Golf and Country Club in Thornhill, Ont.