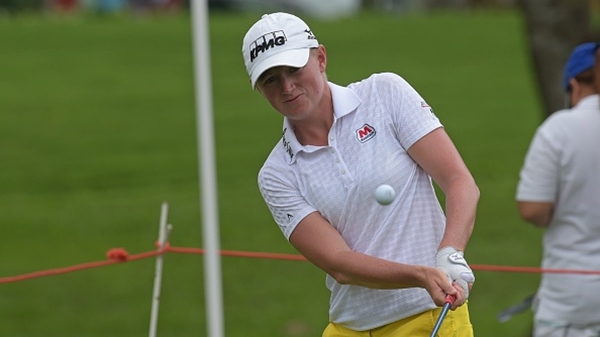 CHONBURI, Thailand – Stacy Lewis held on to lead Amy Yang by one stroke at the LPGA Thailand despite a dismal third-round 73 on Saturday.

Leading overnight by three shots after a second-round 64, Lewis had three straight bogeys in the front nine before the American fired a five-foot eagle on the 15th hole to regain the lead from South Korea’s Yang.

Third-ranked Lewis had five bogeys – including at the 18th – and two birdies at the Siam Country Club Pattaya Old Course for a three-day total of 13-under 203.

Sandra Gal of Germany shot 68 for third place, a further stroke behind Yang.

“It was a bit all over the place today,” Lewis said. “Hit some good shots, hit some shots too far.”