Lewis poised to reclaim No. 1 ranking at Kingsmill 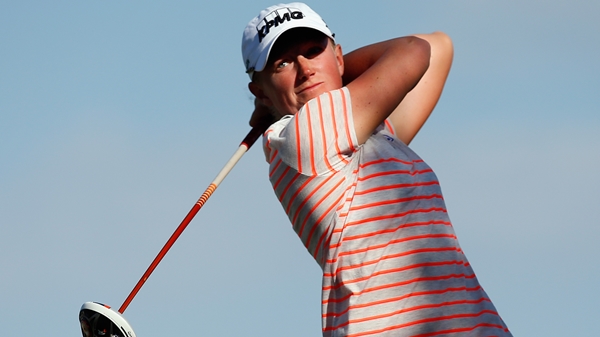 WILLIAMSBURG, Va. – Many of the top players in women’s golf have won when the LPGA Tour visits Kingsmill.

From Annika Sorenstam and Se Ri Pak to Karrie Webb and Suzann Pettersen, it is a layout that brings the best to the top.

No one loves the River Course more than three-time winner Cristie Kerr, but the defending champion missed Wednesday’s Pro-Am due to an illness and her status for Thursday is uncertain. If Kerr doesn’t play or isn’t 100 percent, Stacy Lewis would be the likely favorite to win. She is coming off a victory and has a chance to rise to No. 1, the favorite.

Lewis won the North Texas LPGA Shootout by six shots last weekend, closing with a 7-under 64.

Inbee Park has led the world rankings for 57 weeks, but she isn’t playing this weekend. But Lewis said her focus isn’t the ranking, it’s winning.

“My number one goal is to win tournaments,” Lewis said Wednesday. “Obviously the rankings and the money list, everything like that takes care of itself. The goal doesn’t change: win tournaments.”

Lewis has won nine times in her career and has eight top 10 finishes this season while Pettersen, another favorite based on her track record, has three top 10s after rebounding from a back injury.

She arrived at Kingsmill feeling like she’s rounding into form at just the right time.

“Overall I feel very happy with my game,” she said Tuesday. “I feel great. I’m happy that I kind of managed to get back and get a couple tournaments in before we got here after being out with an injury.”

Pettersen has won 14 times in her career, and the first one came on the River Course in 2007. She was in it to the end last year, too, and then some, losing to Kerr on the second hole of a playoff.

“I’ve been looking forward to this tournament since that last putt dropped last year,” she said. “This is by far one of my favorite stops. I mean, we can say that each and every week, but I’ve had some great success here. I love the course. I think it’s one of the best courses we play all year.

“I’m staying here at the resort. It’s just very pleasant and nice and calm. You have all the facilities you need. If you can’t find peace here, I don’t think you’ll find it anywhere.”

If Kerr rebounds to play Thursday, eight of the top 10 players in the world are in the field with Park and No. 7, Shanshan Feng, the only ones missing. Michelle Wie, one of the tour’s most popular players and in the midst of her best season, also is skipping the tournament. Wie is now ranked 12th worldwide.

Other former champions in the field include Pak, the 2004 champion and Karrie Webb (2006), along with 17-year-old sensation Lydia Ko, who won her last event and is ranked third in the world.

It’s Ko’s first experience with Kingsmill, and she said will place a premium on accuracy off the tee.

“They always seem to put the bunkers where my drive distance goes,” she said.