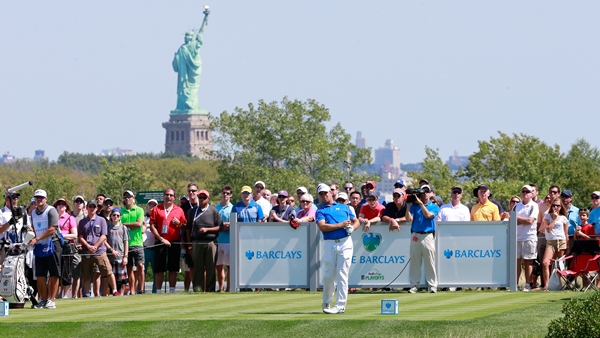 JERSEY CITY, N.J. – Liberty National will host the 2017 Presidents Cup as part of a 25-year partnership with the PGA Tour.

Liberty National has hosted The Barclays – the opening FedEx Cup playoff event – in 2009 and 2013. The partnership announced Tuesday means the tour will bring up to 10 more tournaments to the course that was built on a former landfill and is across from the Statue of Liberty and lower Manhattan.

The announcement means the New York area will get the Presidents Cup and the Ryder Cup in a seven-year span. The Ryder Cup is to be played at Bethpage Black on Long Island in 2024.