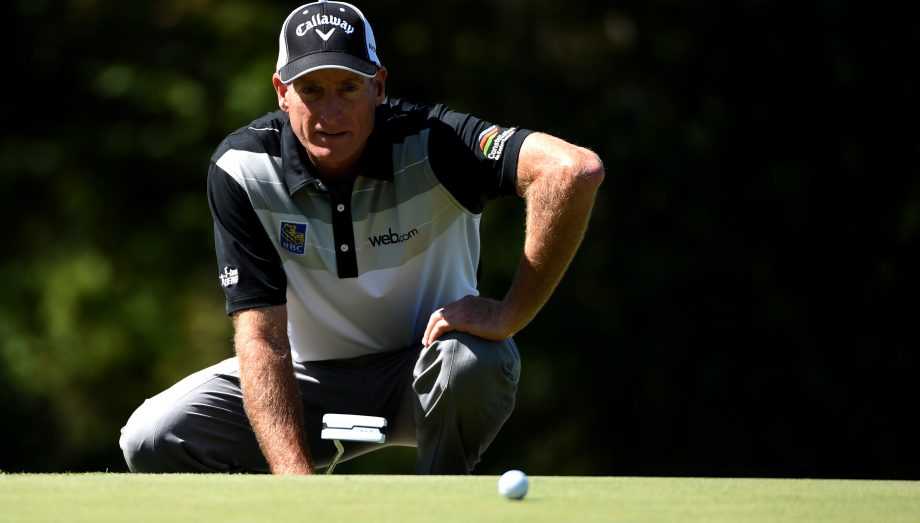 KAPALUA, Hawaii – Jim Furyk wanted nothing more than to be in Kapalua for the start of the new year on the PGA Tour. His left wrist refused to cooperate.

Furyk hasn’t played since he walked off the course in the first round of the BMW Championship on Sept. 17 with what turned out to be a bone bruise on his wrist. He wound up missing the Presidents Cup, and took the rest of the year off to make sure it was fully healed.

But it’s taking longer than he expected.

After hitting balls for a few days, he noticed a little soreness and questioned whether he could play an entire week.

“It’s not 100 percent,” Furyk said Tuesday from his home in Ponte Vedra Beach, Florida. “I don’t want to get out there and play and show up just to show up. I’ve been hitting balls since early December, but I wasn’t going to be as strong as I needed to be. To push it and try to get there early didn’t seem like the right move. In my mind, it’s not the right way.”

Furyk hasn’t been to Kapalua in five years. He ended the longest drought of his PGA Tour career by winning the RBC Heritage at Hilton Head in a playoff over Kevin Kisner.

In previous years when Furyk didn’t win, he typically started his year at the AT&T Pebble Beach National.

“First and foremost, I want to be healthy and get stronger,” he said. “It’s been a long, long layoff. In a perfect world, I think I’d be ready for Pebble and LA, but I know I’m going to be rusty. I’d like to play those two and evaluate where I’m at. It would be nice to go into March and hit the road running.”

Considering how the last three months have gone, he’s not sure what to expect.

“That bone bruise, from what I’ve learned about it, is real tricky,” he said. “They didn’t put a cast on my wrist because they felt it would get too stiff. It’s going to take some time. The doctor said this could be great in two to three threes, or it could be two or three months. It’s frustrating because there’s nothing I can do.”