From the links to the library 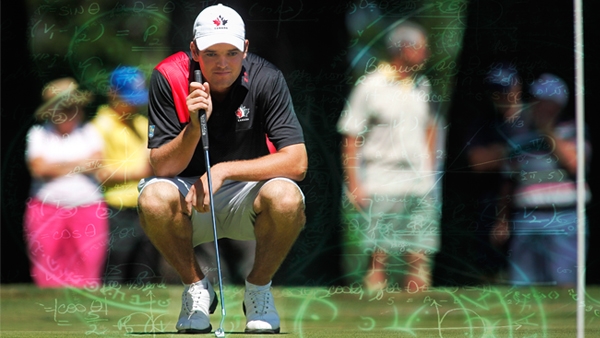 Team Canada’s National Amateur Squad players are busy. They have to plan around their competitive NCAA schedules, weight training, practice sessions and everything else that comes with life as full-time student/athletes.

Picture this – you are in Sunday’s final pairing for an ‘A’ ranked NCAA event. You are in contention to win the tournament. You are on the cusp of doing wonders for your golf career. You are heading home after the tournament to prepare for your final exam in corporate accounting.

National Amateur athletes are swamped with 40+ hour school weeks. We may forget this fact from time to time – but they certainly don’t. Take Québec’s Anne-Catherine Tanguay for example, who was recently honoured with her third mention to the All-American-Conference (AAC) All-Academic Team.

Tanguay, a senior at Oklahoma University, is in her final year of double-majoring in Business Management and Accounting.

“It’s been a really big challenge for me in my senior year of studies – I spend at least 20 hours a week practicing and then another 20 hours studying for my courses,” said Tanguay. “I would credit my academic success to being a highly structured person, with a very tight schedule that I don’t stray away from.”

To make the team, upper-year students in the AAC must maintain a GPA above 3.0 (equivalent to a ‘B’ in Canadian schooling). They must also have participated in at least 60% of the team’s scheduled events.

If not a star on the LPGA tour, Tanguay would love to work on the business side of the golf industry. The 23-year-old is moving back to Quebec City for the summer, where she aims to train for the World Amateur Championship before turning pro in the fall.

Many of Team Canada’s athletes have been recognized for several other academic achievements:

Here’s what some of the National Amateur Team players are studying:

The Golf Canada Foundation has contributed more than $2.2 million towards scholarships and grants in Canada. To learn more about available scholarships for rising Canadian golfers, click here.