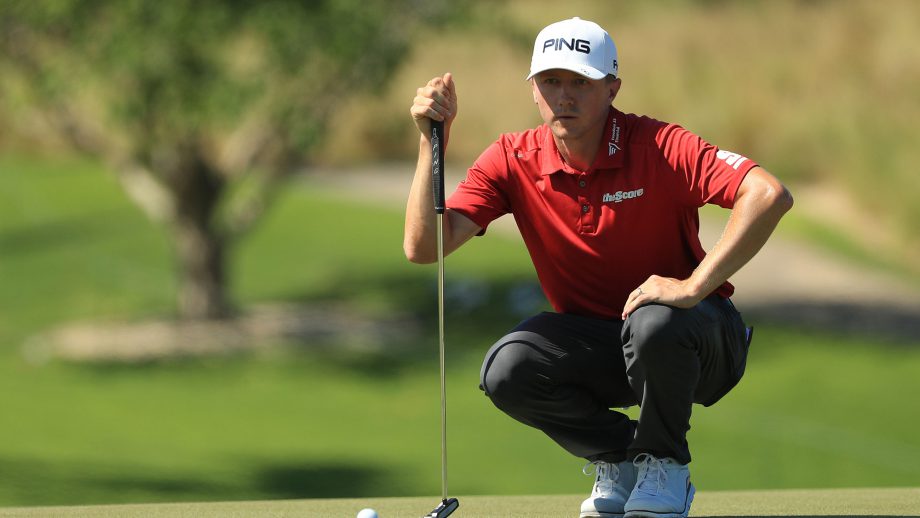 Mackenzie Hughes grew up about 15 minutes from Hamilton Golf and Country Club and says he has played the course around 50 times.

While the native of Dundas, Ont., will have the most experience playing the private course of any PGA Tour golfer who tees it up next week at the RBC Canadian Open, he hasn’t teed off there since more than 1,000 trees were removed a few years ago as part of an environmental restoration.

Still, Hughes says for the last two months almost everyone he’s been paired with on the PGA Tour has asked him about Hamilton. They mostly ask him to compare it to Glen Abbey and try to get a feel for its classic look.

“It’s pretty cool to be asked, and I do have great things to say about it,” Hughes said. “I like both courses but I have to give the edge to Hamilton because it’s more classic. Guys are excited about it.”

The RBC Canadian Open returns to the course in the Hamilton suburb of Ancaster for the sixth time, and on the 100th anniversary of when it first hosted the tournament – won by England’s James Douglas Edgar in 1919. Americans Tommy Armour (1930), Bob Tway (2003), Jim Furyk (2006), and Scott Piercy (2012) are the other winners at Hamilton, long considered one of the top courses in the country.

The club will also host the RBC Canadian Open in 2023.

FORT WORTH, TEXAS – MAY 26: Mackenzie Hughes of Canada plays his shot from the sixth tee during the final round of the Charles Schwab Challenge at Colonial Country Club on May 26, 2019 in Fort Worth, Texas. (Photo by Tom Pennington/Getty Images)

Scott Shannon, a member of the club and the 2019 Tournament Chair, says the 27-hole facility designed in 1914 recently went through a particularly rough winter. With ice and snow covering the ground, a chemical reaction caused damage to its greens.

The shade patterns of the all the trees were going to cause even further damage, so the club decided to remove more trees than what their normal turf maintenance program called for – between 250-300 per year.

Shannon said the course now has the kind of sightlines and “visual beauty” Harry Colt, the original architect, had in mind. He says the membership at the club hasn’t been this excited for the Canadian Open since 2003, when it came back for the first time since 1930.

Bill Paul, the Chief Championship Officer for Golf Canada, says the golfers are going to enjoy playing a classic layout. He was the tournament director of the Canadian Open for more than two decades.

“I had this conversation with a lot of players in 2003. They said, ‘If they could ever get rid of a lot of trees, you’d be able to see the golf course a whole lot better.’ Fast-forward to 2019 and it’s there,” says Paul. “I just think it takes the golf course and makes it, from an aesthetic standpoint, more iconic.”

The layout is a stark contrast to Glen Abbey Golf Club in Oakville, Ont.

Glen Abbey is a modern layout that has hosted the RBC Canadian Open the last four years in a row, and the most of any course in the tournament’s history.

There are only two par fives at Hamilton, for example, and double that at Glen Abbey.

“Hamilton only gives you two chances (to score) and they’re no pieces of cake,” says Hughes, who likes how Hamilton makes a golfer think, compared to Glen Abbey.

“They’re very different. Hamilton’s greens to me will be a bit more of a challenge, but I’m not sure they’ll be able to get them that fast. The biggest difference for me is that Hamilton will provide different shots into greens and off the tee there’s a bit more variety.”

Shannon believes if the golf course dries out over the next few days and the rough stays at a reasonable length, the score won’t be too low. But if it’s waterlogged, it could be a different story.

“If the best players in the world can play target golf at a relatively short golf course and they don’t have to worry about it rolling into deep rough,” says Shannon, “then the number could get pretty low.”

The Canadian Open will be contested June 6-9. World No. 1 Brooks Koepka, No. 2 and defending champion Dustin Johnson, and multi-major winner Rory McIlroy, who is making his Canadian Open debut, headline the field.