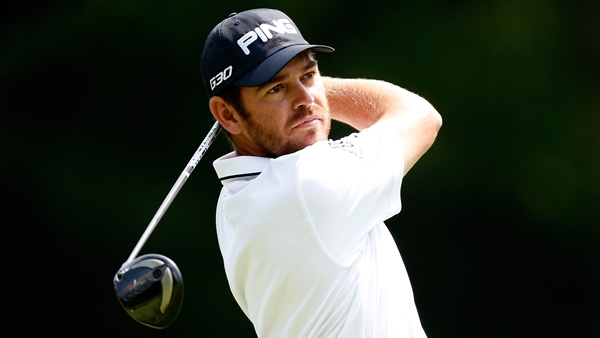 LOUISVILLE, Ky. – There were lots of jokes, some big swings, few surprises and zero injuries – unless you count bruised egos.

That’s how the scorecard read from Tuesday’s long-drive competition at the PGA Championship.

Once a fixture during practice week of the season’s final major, the long-driving contest had been on hiatus for a half-century. It returned to mixed reviews, with the victory going to Louis Oosthuizen, one of the tour’s longer hitters. He smacked his tee shot at the par-5 10th an impressive 340 yards.

But it seems a little less impressive when you consider that Nicklaus, who won the competition the last two years it was staged previously (1963-64), captured the first of those with a drive of 341 yards, 17 inches – and he was using a small, persimmon-headed driver and wound balata golf ball at the time.

“Incredible,” marveled 21-year-old Justin Spieth, already one of the longer-hitting pros. “He must have had a nice little wind behind him.”

In fairness, the grandstand behind the 10th tee at Valhalla Golf Club stopped some of the breeze at the golfers’ backs. But it gave them a sometimes-stoked audience for their powerful swings. One fan looked up at the board to see John Daly, once the biggest gun out on tour, languishing in 10th and turned to a friend.

No. But usually fun-loving Bubba Watson, who has won two Masters, leads the tour in average driving distance and owns a hovercraft outfitted to look like a golf cart, decided to boycott the event and hit 3-iron off the tee instead.

“I don’t see that we should have a competition like that while we’re playing a practice round and learning the golf course, trying to win a great championship,” Watson said afterward. “There’s no reason to make something up in the middle of the practice round like that. That’s just me. Like it or not, that’s just who I am. That’s just what I think.”

Fortunately, not everyone was such a spoilsport. The best group of the day, to no one’s surprise, was led by Phil Mickelson. Lefty often puts together money games during the practice week leading up to a major, and his playing partners included power hitters Keegan Bradley and Rickie Fowler, as well as Brendan Steele.

Bradley set the tone by crushing his drive 326 yards, rolling past the marker at 320 that Adam Scott laid down going off the 10th tee first at 6:45 a.m. But that celebration didn’t last long; Fowler promptly uncorked a 328-yarder and then, for good measure, turned back in the direction of the cheering grandstand and flexed his biceps.

By the time Spieth arrived close to 2 p.m., his caddie, Michael Greller, a former sixth-grade teacher, looked over at the golfer and counseled, “I wouldn’t even try.”

Spieth was wolfing down a sandwich with a mischievous gleam in his eye. Alongside him was Scotsman Russell Knox, who was assessing the board.

He looked down at the sandwich he was holding. “I don’t want people to see my 272,” Knox said.

A PGA official who was standing nearby with tracking equipment tried to cheer him up.

No one bothered to add that Watson, a contemporary of Nicklaus, turns 65 in a month. But Knox slowly walked up to the tee, pounded out a respectable 311-yard effort and then Spieth followed with a booming drive that wound up in the right rough. Greller breathed a sigh of relief as Spieth headed down the fairway no worse for the effort.

“The goal?” Spieth said, smiling. “Just try not to hurt yourself.”