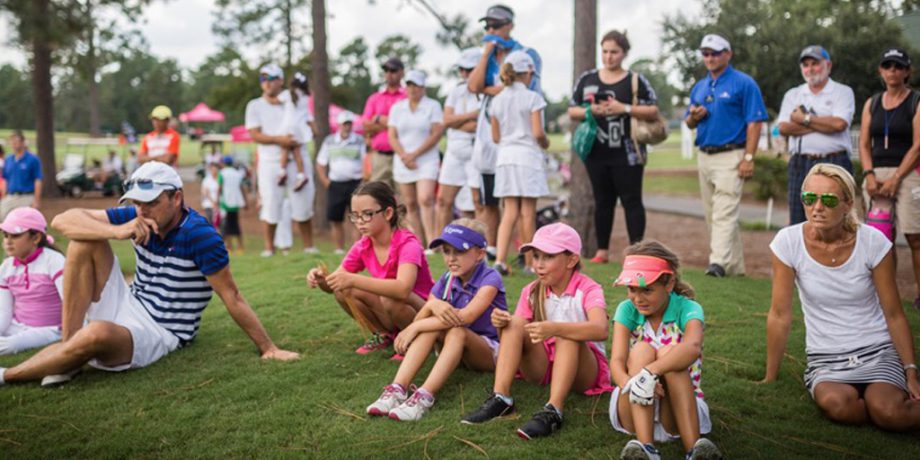 “Long” has been a millstone around golf’s neck, suffocating the growth of the game.

But the Longleaf Tee System might change all that.

Several years ago, U.S. Kids Golf founder Dan Van Horn started “scaling” the length of courses that hosted his tournaments to make them playable for all participants, no matter what their ability or skill level.

When his U.S. Kids Golf Foundation purchased Longleaf golf course near Pinehurst, N.C., in 2015, he, with the assistance of Bridgestone Golf, synthesized the related data he had accumulated over the years and hired architect Bill Bergin to create the first totally scalable golf course with seven sets of tees ranging from 3,200 to 6,600 yards. Van Horn calls Longleaf “a living laboratory for growing kids and family golf.”

Now a joint initiative of U.S. Kids Golf Foundation and the American Society of Golf Course Architects, the Longleaf Tee System “is designed to help every player enjoy the game and help every course provide for their customers,” says Van Horn.

“Appropriate tees will mean better scores, a faster pace of play and more golfers eager to return and play more. There is no gender or age restriction. It is the opportunity for excellence for every player.”

For example, Van Horn’s data indicated that the female bogey golfer should be playing a course of about 3,800 yards, a distance that is practically non-existent at the vast majority of courses.

A fundamental element of the Longleaf Tee System is the unique range setup. Beginning at 100 yards, there are colour-coded posts, with numbers corresponding to each of the tee decks. Players hit a few drives before their round and then match their average carry distance to the most closely associated numbered pole. That is the recommended tee deck for them. The gender-neutral tee decks are rated by the USGA for both men and women.

Bergin has integrated the concept into the master plans of three of his upcoming projects. Fellow ASGCA member Ian Andrew from Brantford, Ont., supports the concept as well. He cites the experience of his young son playing for the first time from tees where he could reach greens in regulation.

“That completely changed his view of the game and I’ve used that example to encourage all the clubs I work with [to build a series of shorter tees] ever since. You build forward tees for people who would play more if they were less intimated.”

Toronto-based course architect Jeff Mingay says the Longleaf Tee System is “an admirable, well-intentioned idea, particularly as it relates to introducing kids and other newcomers to golf on a manageable, fun course.

“Ironically, though, I get resistance to shortening courses, particularly from women who react as if I’m trying to delegitimize the course by making it easier.”

Bergin has a counter argument.

“Par for most women at most golf courses is really around 90. Their enjoyment level is lessened because they have to hit too many of what I call ‘irrelevant’ golf shots between the two shots that really matter: the tee shot and the approach shot. With the Longleaf system, they can select the correct tee based on how far they hit their driver, score better, have more fun, play faster and now every shot is relevant.”

The Longleaf concept is universal and applicable to just about any course, new or existing. Forward tee decks don’t necessarily need to be formally constructed. Keeping in mind shot values, forced carries and other design considerations, the new tees could simply be leveled and cut to fairway height.

It enhances the Tee It Forward initiative, which encourages golfers to play a course commensurate with their ability, by providing actual teeing grounds at appropriate distances.

As Bergin says, the Longleaf Tee System represents the first real attempt to grow the game “by adapting the course to the player, rather than forcing the player to adapt to the course. I think it is the answer for everyone—beginners, kids, seniors, men, women. There’s the right course for every golfer.”