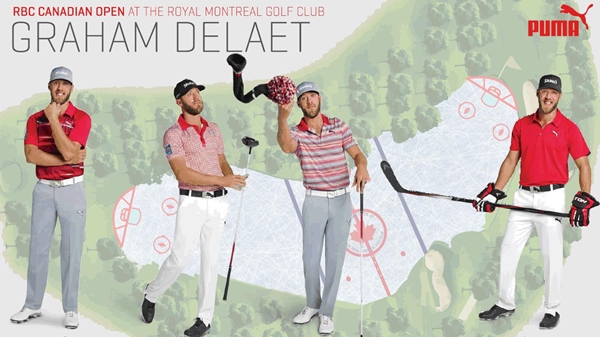 Graham DeLaet, Canada’s top ranked male professional golfer, will be sporting red and white each round when the 2014 RBC Canadian Open takes to The Royal Montreal Golf Club later this month.

Here’s a look at exactly what he’ll be wearing.